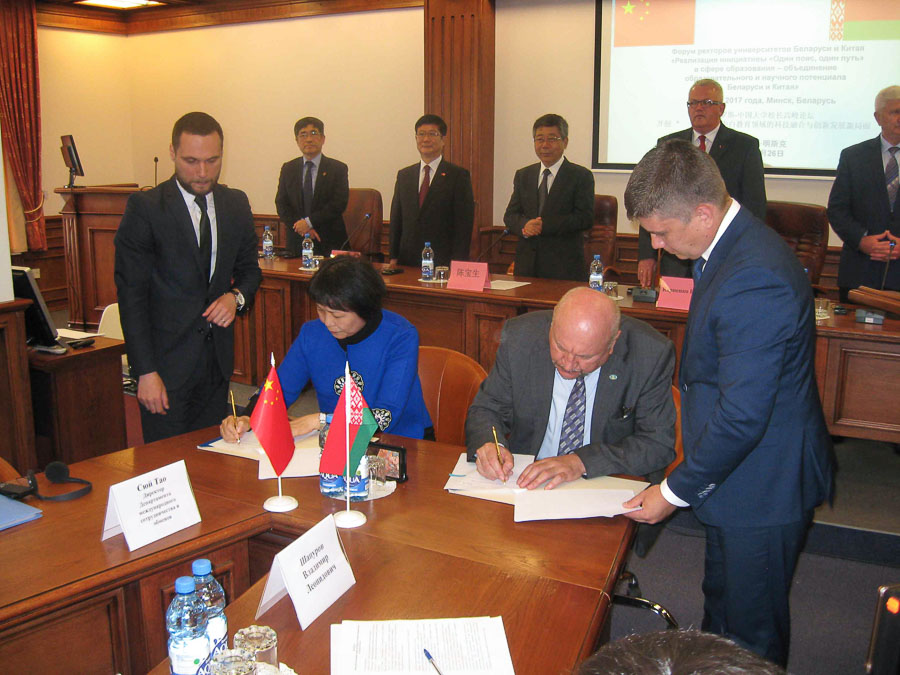 Agreement on creation of Belarusian-Chinese Philosophical and Cultural Center signed

A delegation from Lingnan University (Guangdong province, China) led by Vice-Rector Mrs Lang Yangjie has visited Minsk. The main attention during the visit was paid to the acquaintance with the achievements and potential of the Belarusian academic school of thought, the study of the cooperation mechanisms of Lingnan University with the Institute of Philosophy of the NAS of Belarus. This work is aimed at implementing the agreement reached in March this year between the rector of the University, Professor Liu Mingui and the Chairman of the NASB Presidium Vladimir Gusakov, when it was decided to create a joint unit for studying the philosophical traditions of the two countries and their role in modern social development on the basis of cooperation between the NASB Institute of Philosophy and Chinese authoritative scientific and educational center.

On June 26, 2017 this decision was reaffirmed in the framework agreement on creation of the Belarusian-Chinese Philosophical and Cultural Center. The Agreement was signed by Mrs Lang Yangjie and Anatoly A. Lazarevich, Director of the Institute of Philosophy, in the presence of the Ministers of Education of the Republic of Belarus and the People's Republic of China Igor V. Karpenko and Chen Baoshen.

On June 28, 2017 discussion of the work ways and directions of the new structure took place at the Institute of Philosophy during the round table, which involved the leaders of the two organizations, as well as the Director of the Division of International Exchange and Scientific Cooperation Lingnan University Zhen Zhiyun and leading scientists of the two organizations. It was resolved, that the center will be not only organize joint scientific research, but will also provide training of scientific personnel of higher qualification for the PRC on the basis of the NAS of Belarus, internship of young Belarusian researchers in China.

The center will be officially launched at the First Belarusian Philosophy Congress in October this year. 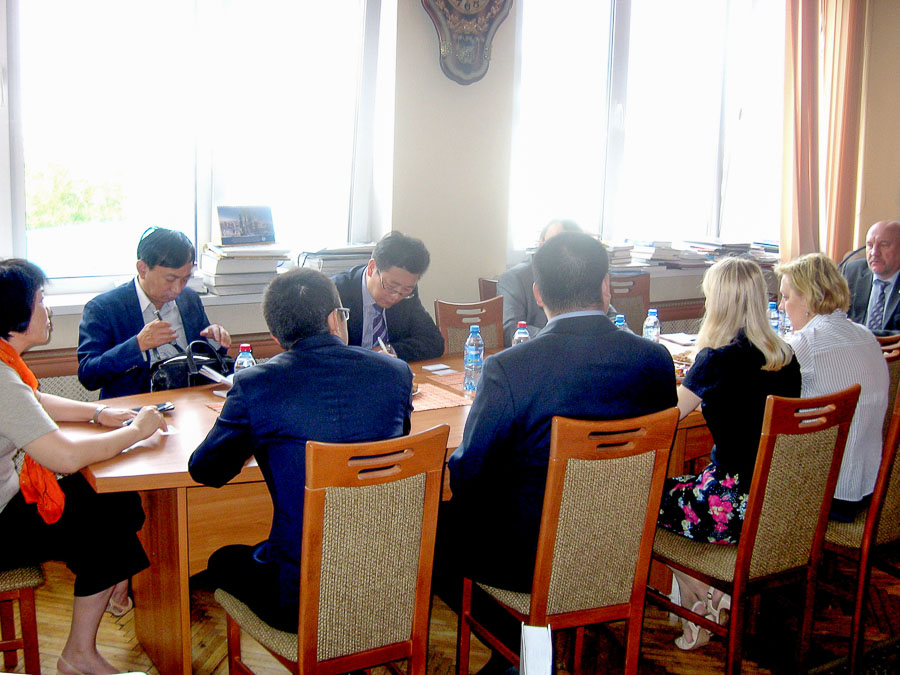