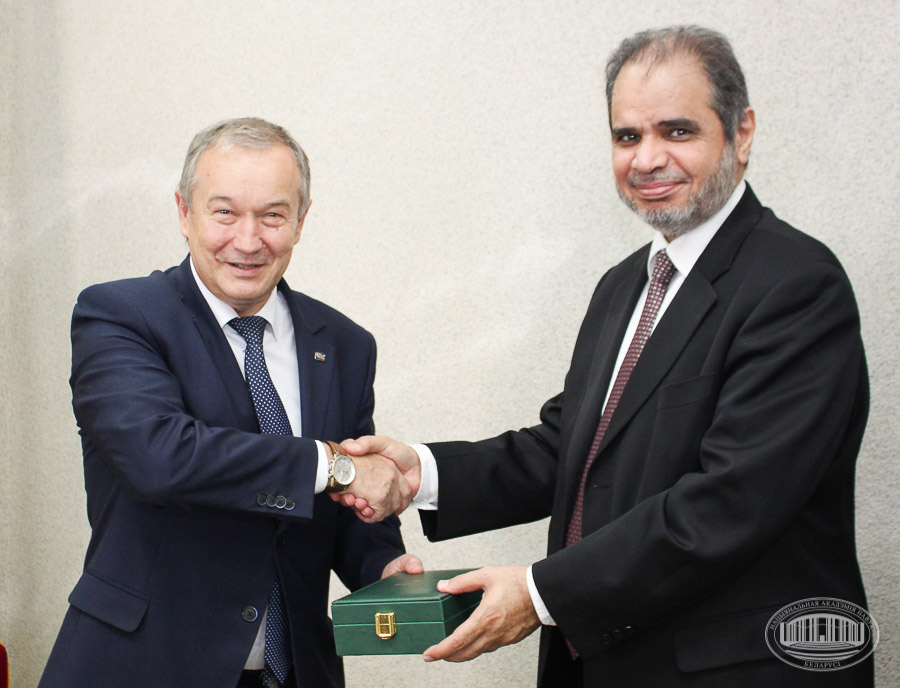 On 12 September 2017, the Saudi Arabian delegation led by the Education Minister Ahmed bin Mohammed Al-Issa visited the National Academy of Sciences of Belarus. The purpose of the visit is to discuss the prospects of science and technology cooperation between organizations of the National Academy of Sciences and Saudi Arabia. The guests held talks with the heads of the NAS of Belarus and visited the ongoing exhibition of achievements of Belarusian science.

According to Sergei Chizhik, First Vice Chairman of the NASB Presidium, Belarusian scientists have a great experience in cooperation with Saudi Arabia. “We are actively working with the King Abdulaziz City for Science and Technology. The numerous projects in various areas have been implemented. The 1st International exhibition of Belarusian scientific and technical developments in Riyadh will be held from 23 to 24 October 2017. The exhibition will feature the results achieved by our scientists, including the research projects that our scientists implemented jointly with Saudi Arabia. We will lay the groundwork for new joint projects,” Sergei Chizhik said.

In his turn, the Education Minister of Saudi Arabia Ahmed bin Mohammed Al-Issa stressed that the members of the delegation are impressed with the results and achievements of Belarusian scientists presented at the exhibition they visited at the NAS of Belarus. The Saudi side, as noted during the talks, considers promising the implementation of joint projects of the organizations of the National Academy of Sciences of Belarus and the universities of Saudi Arabia. The guests are particularly interested in the field of nano- and biotechnologies, agro-industrial technologies, and in studying new energy sources.