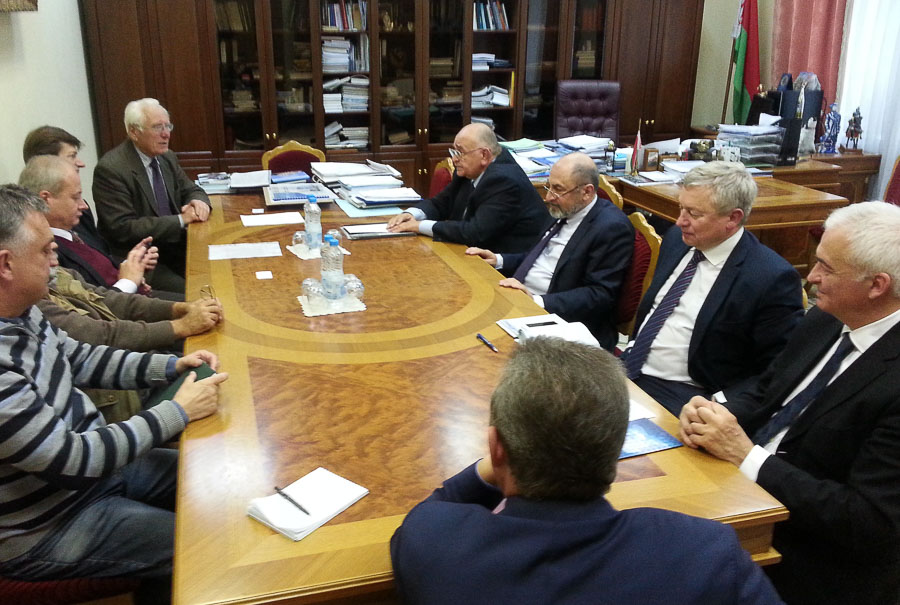 On 2 October 2017, a seminar on applied information systems and artificial intelligence with Russian and Belarusian participants involved was held at the Center for Belarusian Culture, Language and Literature Research of the National Academy of Sciences of Belarus.

An organizational meeting on the prospects for joint research, developments and their possible implementation within the framework of the programs of the Union State was also held. It was based on the results of the seminar. The meeting was held by P.A. Vityaz, Head of the NASB apparatus, Academician, Doctor of Technical Sciences, Professor. It was attended by V.V. Goncharov, Director of the NASB Center of System Analysis and Strategic Research, Candidate of Economics; A.V. Tuzikov, Director-General of the NASB United Institute of Informatics Problems, Co-director of the Interdepartmental Center for Artificial Intelligence of Belarus, Corresponding Member of the NAS of Belarus, Doctor of Physics and Mathematics, Professor; and participants of the seminar.

As a result of these activities, the next stages of joint research have been planned. They are first of all aimed at creating algorithms and means of semantic analysis of arrays of multilingual information, as well as at creating software and hardware systems able to implement them. The parties emphasized the key importance of scientific developments of the V.V. Martynov school. They agreed on a draft concept of a scientific and practical program of the Union State of Belarus and Russia on the creation of applied intellectual tools for analyzing the current state of various fields of science and technology, identifying and assessing strategically important trends in their development in order to develop objectively grounded forecast recommendations on actual directions of scientific and technical activities.

The participants of the meeting also emphasized fundamental importance of interaction and cooperation between humanitarians, physicists, mathematicians, and technical sciences specialists. It was decided to apply for inclusion of the Innovation program in the number of programs of the Union State of Belarus and Russia. It was also decided to apply for the establishment of an interdisciplinary research center in Belarus working in this important area.