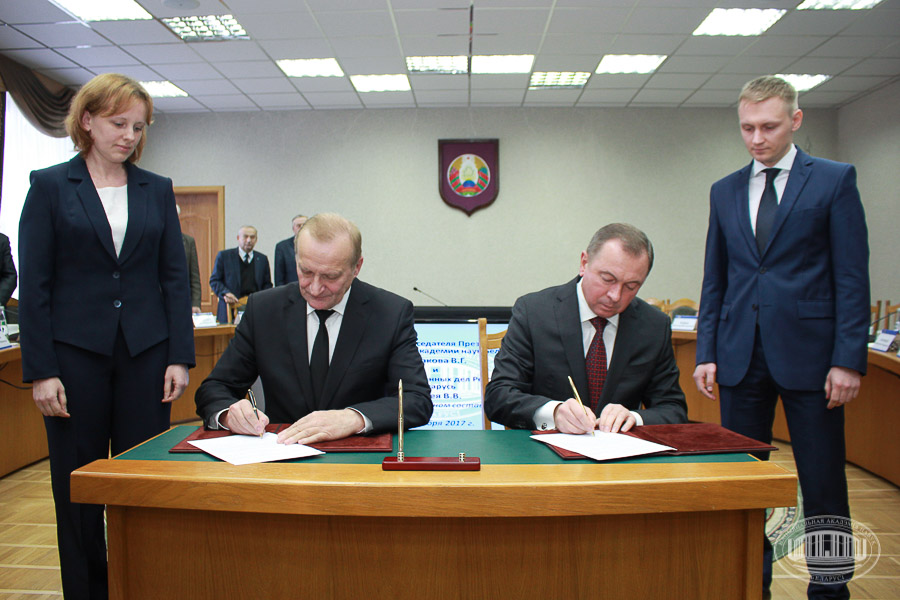 As Vladimir Gusakov emphasized in his speech, that was a historical event which opened new prospects for cooperation. Chairman of the NASB Presidium also said that during the meeting, the Ministry of Foreign Affairs made a number of proposals on the development of cooperation for the near future. They concerned Belarus accession to the WTO, export-import operations, personnel training, scientific support of certain processes, etc.

Vladimir Makei drew attention to the fact that the agreement was the basis for interaction, and appropriate activities plan for the near future would be developed soon.

During his visit to the National Academy of Sciences of Belarus, the Minister of Foreign Affairs got acquainted with the exhibition prepared by the Department of Humanitarian Sciences and Arts, and discussed the possibilities of presenting publications of academic scholars abroad.