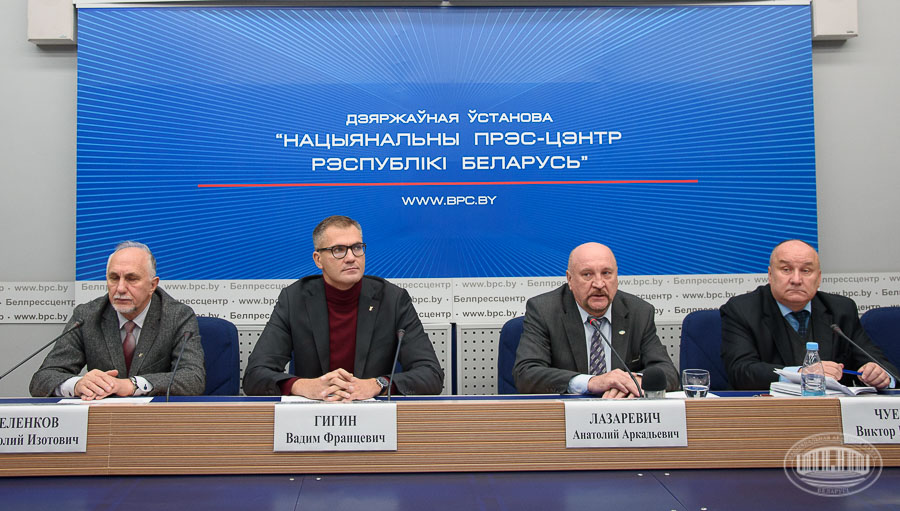 A press conference on the forthcoming First Belarusian Congress of Philosophy "National Philosophy in Global World" was held at the National Press Center of the Republic of Belarus. The congress will be held in Minsk on October 18–20, 2017.

Anatoly Lazarevich told the journalists about the congress participants. The congress will gather together scientists from 20 countries, namely Russia, Poland, Romania, Kazakhstan, Tajikistan, Kyrgyzstan, the Baltic countries, etc. Anatoly Lazarevich also noted that philosophy was a dynamically developing science that was interested in the widest spectrum of modern and actual topics of human knowledge, and the thematic content of the Congress events would present that.

Vadim Gigin noted that the congress would be held at the NASB Presidium, Institute of Philosophy and Institute of History, the BSU Faculty of Philosophy and Social Sciences, the Academy of Public Administration under the Aegis of the President of the Republic of Belarus, and the Central Scientific Library of the National Academy of Sciences of Belarus. The program of the event will be full of scientific events, for example, open lectures will be given by foreign guests. The participants will also have an extensive cultural program.

Information on the First Belarusian Congress of Philosophy is available on the event page.