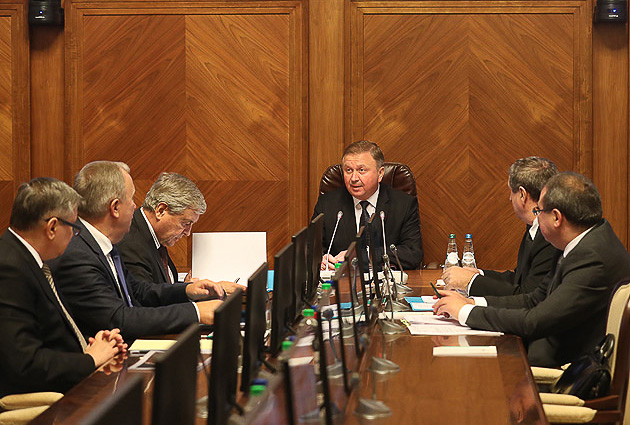 On 31 October 2017, the draft document of the "Science and Technology: 2018-2040" strategy was considered at the meeting of the Council of Ministers Presidium. Prime Minister of Belarus Andrey Kobyakov chaired the meeting. The National Academy of Sciences of Belarus developed the project, taking into account comments and proposals received from the Council of the Republic, the Administration of the President, government bodies, and scientific institutions and organizations. The "Science and Technology: 2018-2040" strategy is being developed on the eve of the 2nd Congress of Belarusian scientists, and aims to become one of the key events of the Year of Science. The document sets priorities of the scientific and technological development of Belarus for the long term.

According to Vladimir Gusakov, Chairman of the NASB Presidium, such strategies exist in many countries. The National Academy of Sciences studied and summarized the best world experience while preparing the draft document "Science and Technology: 2018-2040". Science is developing at a rapid pace; innovations are emerging in the field of IT, artificial intelligence, robotics, etc. "Our country should not lag behind, we have good potential and highly qualified personnel for the development of science," said Vladimir Gusakov.

Andrey Kobyakov consideres the "Science and Technology: 2018-2040" strategy to be the basic document for the development of programs for scientific and technical development, as well as forecast documents for the medium and long term. “So I would ask everyone to take a close look at it. This is not an abstraction or a very remote perspective. The question considered today is over-important,” said Andrei Kobyakov.

The strategy proposes to designate activities for the periods of 2018-2020, 2020-2030, 2030-2040 years. The document will set out the benchmarks and development indicators for each of the periods. It is planned to increase funding for science. Preparations for a new industrial revolution "Industry 4.0" will be one of the important events. The NASB Chairman also emphasized that it would be necessary to introduce new technologies based on informatization and digital economy to the Belarusian industries, taking into account their specifics and specialization.