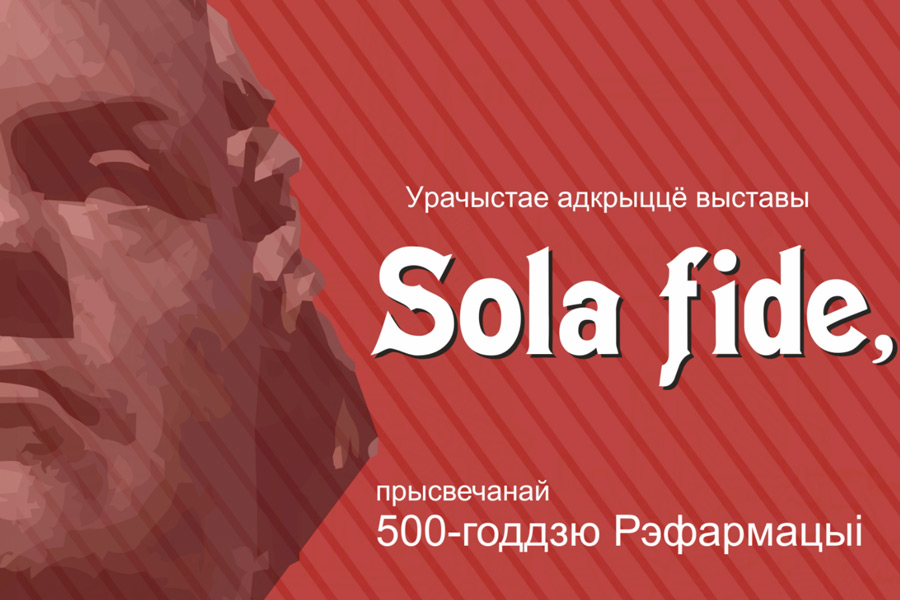 On 10 November, which is the birthday of Martin Luther, the Yakub Kolas Central Scientific Library invites to opening of the "Sola Fide" exhibition dedicated to the 500th anniversary of Reformation (1517–2017). The exhibition opening is scheduled for 3:00 p.m. The library repositories have a rich and multifaceted book material devoted to the Reformation, ranging from the lifetime editions of Martin Luther, Erasmus of Rotterdam, Jan Seklutsian to modern scientists researches. The Brest (Radziwill) Bible, published in 1563 at the expense of Mikalaj Radzivil Čorny, will also be presented to the guests. The translation of the Bible was made by supporters of Calvinism. It was intended for the needs of the reformation movement in the Grand Duchy of Lithuania and Poland.

Representatives of the National Historical Archives of Belarus, the Minsk Theological Seminary of the Union of Evangelical Christians-Baptists, the Theological Institute of Evangelical Christians in Minsk, as well as the Embassy of the Federal Republic of Germany in the Republic of Belarus have been invited to the event. Ms. Anya Luther, Head of the Cultural Department of the FRG Embassy, will also participate in the opening of the exhibition.

The event will be held in the information and exhibition center of the Yakub Kolas Central Scientific Library of the National Academy of Sciences of Belarus at the following address: Minsk, vul. Surhanava, 15.