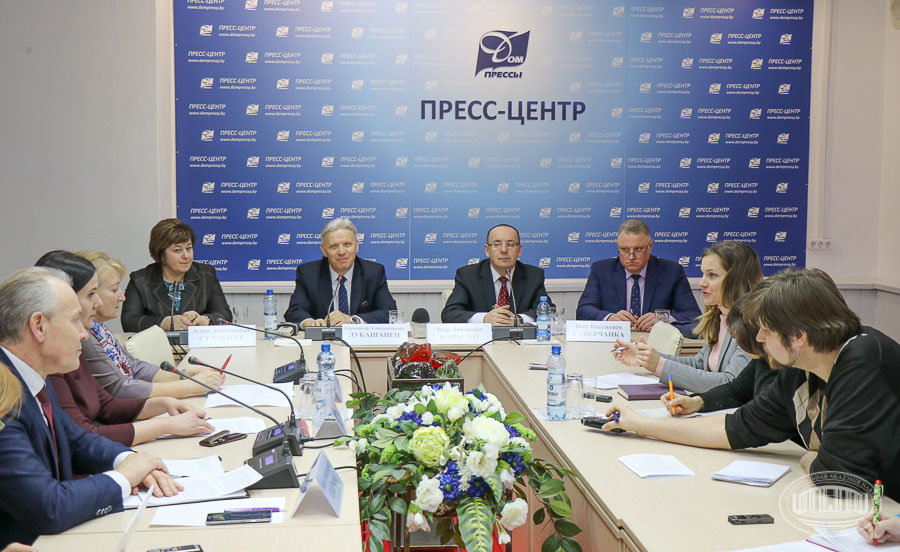 On 19 February 2018, a press conference dedicated to the International Mother Language Day entitled "The Belarusian language as the main factor of preserving the nation and independence of the country" took place at the Press Center of the Press House.

Alexander Lukashanets noted that in bilingual conditions the use of the Belarusian language is an important factor for the psychological comfort of the individual and feeling of being a full-fledged citizen of his country. In bilingual country it is also necessary to have the same requirements in assessing knowledge in both state languages Russian and Belarusian in testing after secondary school and when entering universities.

Ihar Kapylou added that at the present stage the Belarusian language is able to fully serve all spheres of society.

Ivan Saverchenko told about the forthcoming collections of works by writers from Ivanovo region. Such collections have become traditional for the Institute and published annually to the Day of Belarusian Writing. They become original modern literary symbols of the regions of our country. This work is of particular importance taking into account the announcement of 2018 as the Year of Little Motherland.