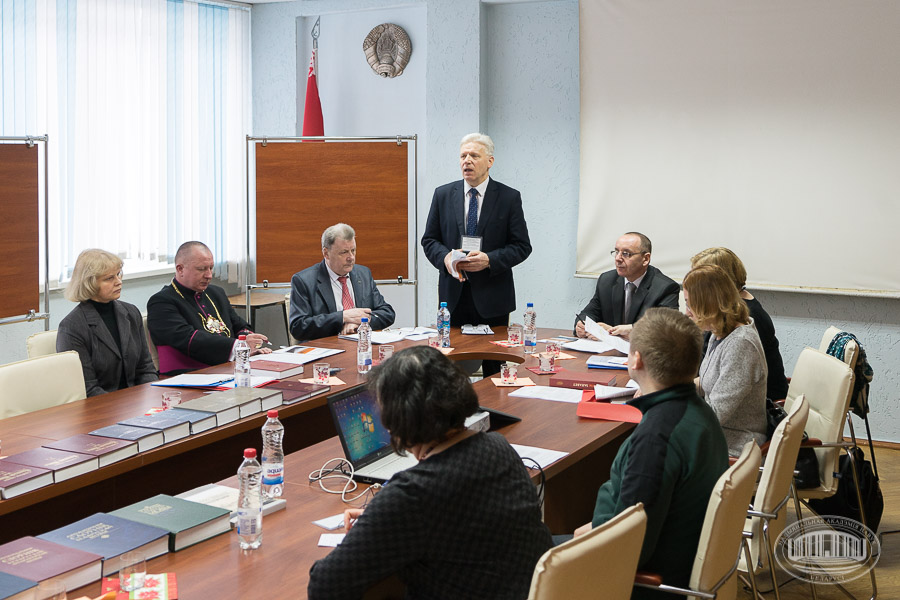 On 21 February 2018, an international scientific conference "Belarusian language in sacrum sphere: history and modernity" was held at the Yakub Kolas Institute of Linguistics where scientists-philologists and representatives of various religious confessions of the Republic of Belarus discussed the role and position of the Belarusian language in the religious sphere, the history of the sources of sacred texts, the problems of Belarusian theological terminology formation, the traditions of translations, new religious publications and religious themes in Belarusian literature, the Belarusian Biblical Corps, etc.

Welcome address on behalf of Vladimir Gusakov, Chairman of the Presidium of the National Academy of Sciences of Belarus, was read by Alexander Kovalenya, Academician-Secretary of the Department of Humanitarian Sciences and Arts. In the address Vladimir Gusakov, in particular, emphasized the role of religion in the formation of moral, ethical and moral guidelines of society.

In his welcoming speech, Ihar Kapylou, Director of the Yakub Kolas Institute of Linguistics of the National Academy of Sciences of Belarus, noted that religious vocabulary was studied by the Institute's scientists throughout the whole period of the existence of the organization. Thus, the books of the Bible translated by Francis Skaryna, the Gospel translated by Vasily Tyapinsky were used in creating the "Historical Dictionary of the Belarusian Language" in 37 volumes.