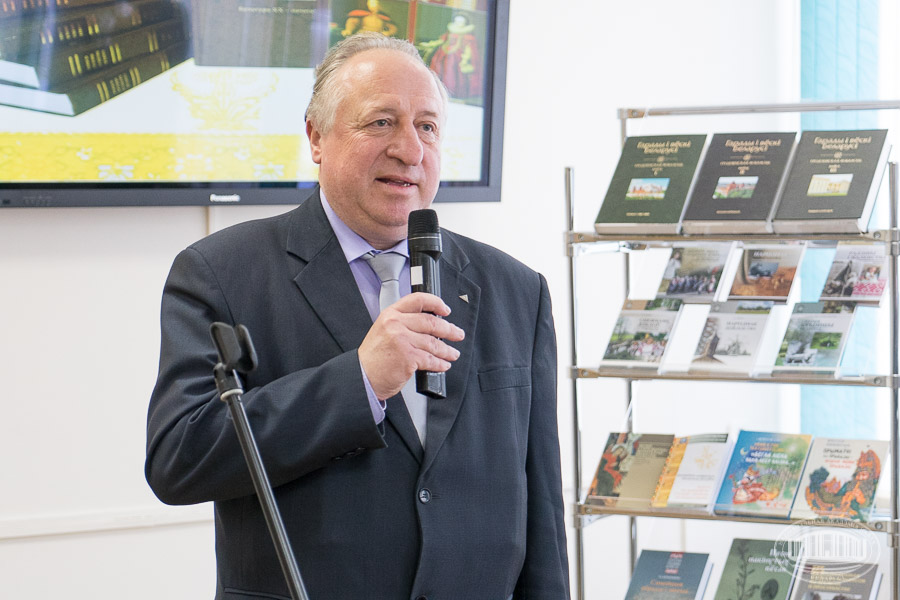 On 22 March 2018, the presentation of series "Essays on history of culture of Belarus" in 4 volumes (editor in chief academician of the NAS of Belarus Aliaksandr Lakotka) was organised by the Centre for Belarusian Culture, Language and Literature Research of the NAS of Belarus and the Kandrat Krapiva Institute of Art Studies, Ethnography and Folklore in the Yakub Kolas Central Scientific Library of the NAS of Belarus. The series was published in publishing house "Belaruskaya navuka". The book "Belarusian costume" by Candidate of Historical Sciences Valentina N. Belyavina and Doctor of Historical Sciences Lyubov V. Rakova was printed in publishing house "Belarus" and was also presented there.

The second volume deals with peculiarities of evolution of Belarusian city culture in 10 – beginning of 20 century. The third volume consists of two books that highlight peculiarities of evolution of material and spiritual culture of Belarusian village in 14 – early 20 century. Fourth volume concludes the series, which analyzes the steps of evolution, trends and experience of national architecture, professional fine and decorative arts, traditional crafts, visual arts, music and performing arts of 20 – early 21 century. This unique research is the fundamental basis for scientific support of the state policy of national culture development.

General work of ethnologists Valentina Belyavina and Lyubov Rakova "Belarusian costume" reveals historical development of the suit of major social-class groups of city and village population of Belarus from the early middle ages to the present days. Recently Belarusian costume meant only the traditional costume of peasants, while a huge cultural layer of magnates, gentry and citizens was beyond the interests of researchers. That's why the research of Valentina N. Belyavina and Lyubov V. Rakova is very interesting and relevant. The authors collected and analyzed a huge factual material from new methodological positions, a significant part of it was first included into scientific circulation. The book is richly illustrated with artworks of 16–19 centuries, and pictures of 19–20 centuries.

A book exhibition focused on the history of Belarusian costume, weaving, embroiding and other examples of cloth decoration was also prepared for the event. The exhibition gave an opportunity to get acquainted with the latest and most interesting publications of the Centre for Belarusian Culture, Language and Literature Research of the NAS of Belarus, dedicated to the Belarusian traditional culture, peasant and urban, spiritual culture of Belarusians.