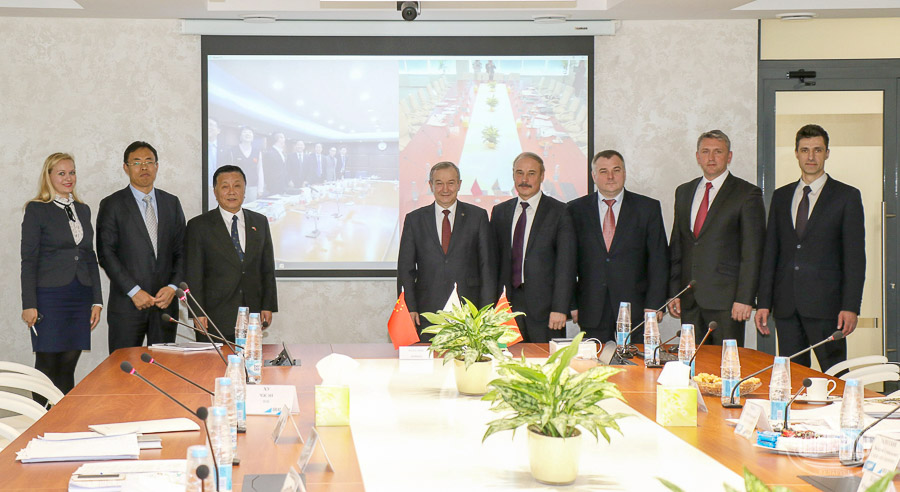 A new joint company Aviation Technologies and Systems has been set up by the National Academy of Sciences of Belarus and the largest Chinese aerospace company AVIC. It will work in the Belarus-China industrial park Great Stone.

On 3 April 2018, a tripartite meeting of NASB representatives, officials of the company for the development of the industrial park, and leaders of the AVIC company (by video conference), was held in the Great Stone industrial park. As a result of the meeting, the charter of the Aviation Technologies and Systems company was approved, and the management bodies of the new joint venture were elected, namely a board of directors and Director General.

At the foundation meeting, Sergei Chizhik, First Vice Chairman of the NASB Presidium, Academician, said that the establishment of the joint venture was well-coordinated, and the interests of both sides were taken into account during the preparations. “We hope to bring together our expertise to manufacture competitive products that will be in demand across the globe,” he noted.

Yuri Leonovets, Director General of the Aviation Technologies and Systems company, said that the enterprise would design its own high-technology products and launch the serial production of both its own developments and those of AVIC. The company plans to promote products in Belarus and abroad, with a focus on the CIS countries.

AVIC is China's largest state-run aerospace company producing over 60 kinds of aerial vehicles nowadays. AVIC actively invests in the development of aerospace vehicles and components throughout the world. The Chinese corporation ranked No. 159 on the 2017 Fortune Global 500 list. Set up in 1951, it has gone through numerous reforms. AVIC's turnover is comparable to that of Boeing and Airbus. The corporation manufactures military and civil aircraft, including different kinds of fighter and transport aircraft, and vehicles for airplane training. AVIC also specializes in avionics, unmanned aerial vehicles, and flight simulators. The Chinese aerospace giant has experience in civil aviation, namely passenger and transport aircraft, helicopters, and seaplanes. The company also develops light private jets, business jets, ground-effect vehicles, aerostats, and has background in the field of aicraft engines.