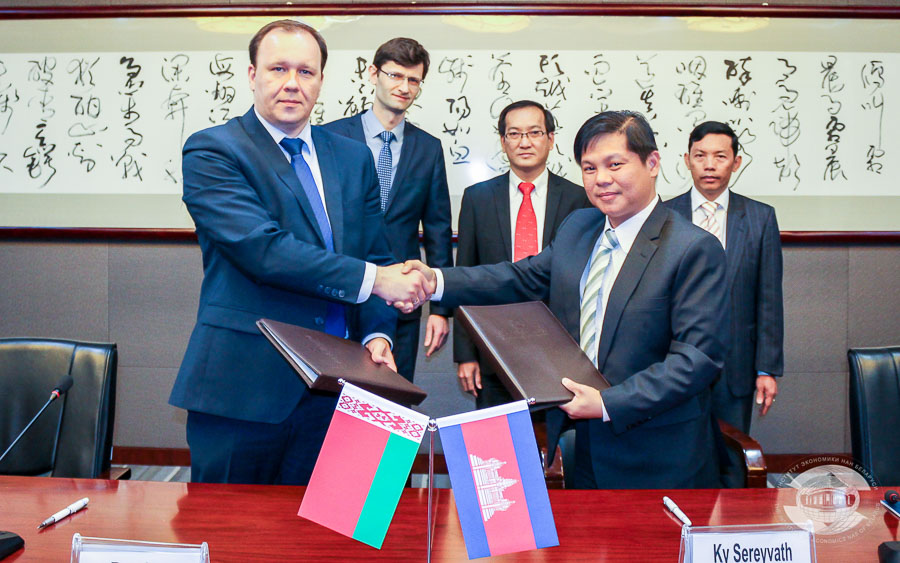 On 16 April 2018, the delegation of the Institute of Economics of the National Academy of Sciences of Belarus and the delegation of the Institute of Humanities and Social Sciences of the Royal Academy of Cambodia met in Beijing to discuss the prospects for scientific cooperation. The meeting resulted from the International Scientific and Educational Seminar on Social and Economic Development of Developing Countries organized by the International Cooperation Center of the National Development and Reform Commission of the People's Republic of China.

Dmitry Primshits, Deputy Director for Science and Innovation, and Vadim Sugak, Acting Head of the Belarusian-Chinese Analytical Development Center, represented the Belarusian side. The Cambodian delegation consisted of representatives of the Institute of Humanities and Social Sciences, the Council for Environment, Social and Cultural Affairs of the Council of Ministers of Cambodia, and the Institute of Biology and Medicine of the Royal Academy of Sciences.

Themes of joint research, the prospects for participation in bilateral and multilateral international research projects, directions of further development of the Belarusian-Cambodian scientific and humanitarian cooperation within the competence of the parties were discussed at the meeting.

The agreement envisages the development and deepening of scientific links between the NASB Institute of Economics and the Institute of Humanities and Social Sciences of the Royal Academy of Cambodia. It also determines the prospects for joint research, scientific and organizational events, scientific publications, training and enhancement of qualifications of scientific personnel.