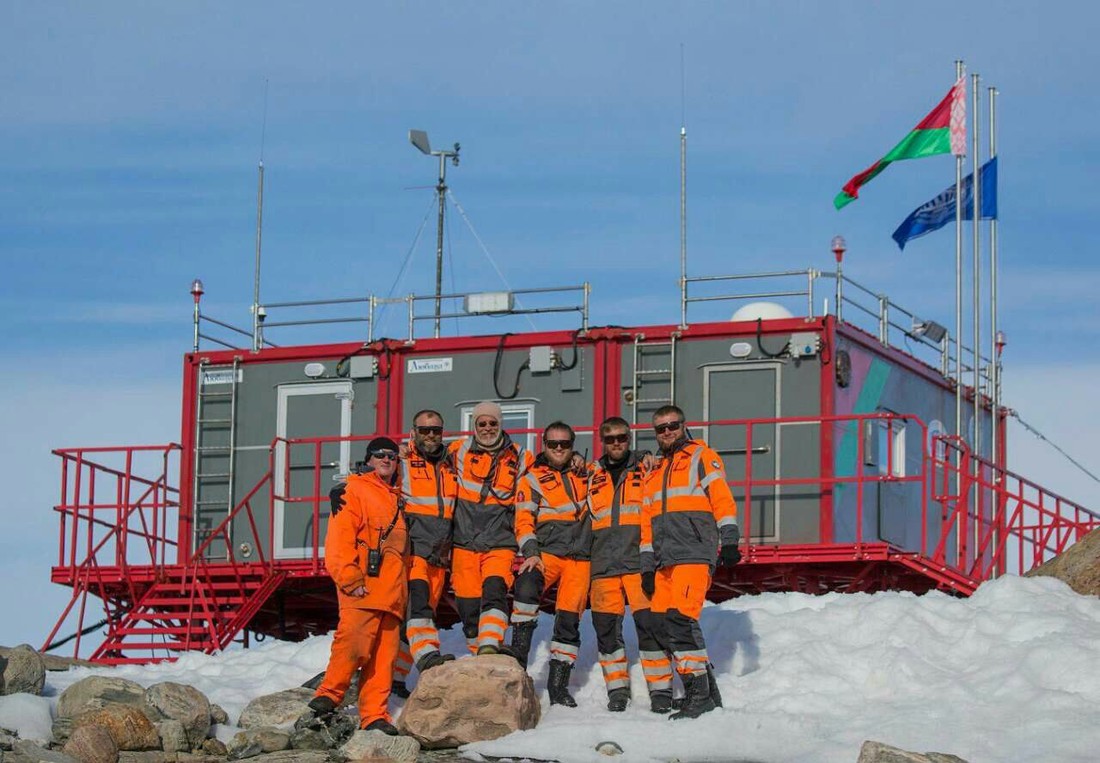 On 29 May 2018 (Tuesday), at 3:00 p.m., a solemn meeting with participants of the tenth Belarusian Antarctic Expedition will be held at the National Academy of Sciences of Belarus. In season 2017/2018, the expedition team consisted of Alexei A. Gaidashov, Head of the expedition; Maxim Gorbatsevich, Radiometric Engineer; Alexey A. Zakhvatov, Mechanical Engineer; Pavel V. Shablyko, Geophysicist; Artur G. Ivashko, Master in Maintenance and Reliability Engineering; Vladimir M. Nesterovich, Specialist in Building Maintenance Services; and Dmitry V. Kovko, Surgeon.

According to the program, a film about the work of the tenth Belarusian Antarctic Expedition will be demonstrated (about 10 minutes); the expedition participants, representatives of the leadership of the Academy of Sciences and some scientific institutes, famous scientists are scheduled to deliver speeches.

On 8 November 2017, the tenth Belarusian Antarctic expedition had a solemn start at the National Academy of Sciences of Belarus. Seven participants went to the ice continent to continue the construction of the station and carry out scientific research within the framework of the state program tasks on the development of Antarctica. They had to install the modules, render them operational, and carry out a large range of scientific research in accordance with the program. Thus, they were to study the state of the Antarctic environment and monitor it; to examine the state of the ozonosphere, ultraviolet radiation, climate and other natural parameters of Antarctica; to investigate in detail Antarctic terrestrial and marine biological resources in order to assess the prospects for their further use; to test equipment developed specially for Antarctica (radiometers, magnetometers, lidars, etc.) to study snow and ice cover, water, atmosphere, rocks, etc.; to conduct geological, geophysical, geochemical and other research of the land surface and the seabed off the coast of Antarctica in order to assess its mineral potential.