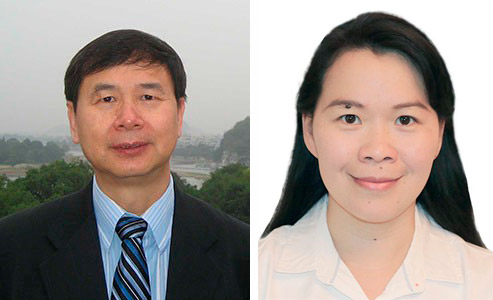 On 8 June 2018, at 3:00 p.m., open lectures on the latest developments in the field of HIV will be delivered by Chinese scientists at the NASB Presidium. Professor Shibo Jiang, Fudan Univerdity (Shanghai, China), will speak on virus penetration into the cell and viral inhibitors; and Doctor Jinghe Huang, Fudan University (Shanghai, China), will report on broadly neutralizing antibodies against HIV-1.

Professor Shibo Jiang is a world-renowned expert in the development of antiviral drugs and vaccines. He discovered the first effective anti-HIV peptide, and his patent was licensed to create the first FDA approved peptide inhibitor of HIV, namely Fuzeon (enfuvirtide or T20), widely used in clinical practice for the treatment of HIV infection. He developed JB01 protein which is the first anti-HPV therapeutic drug.