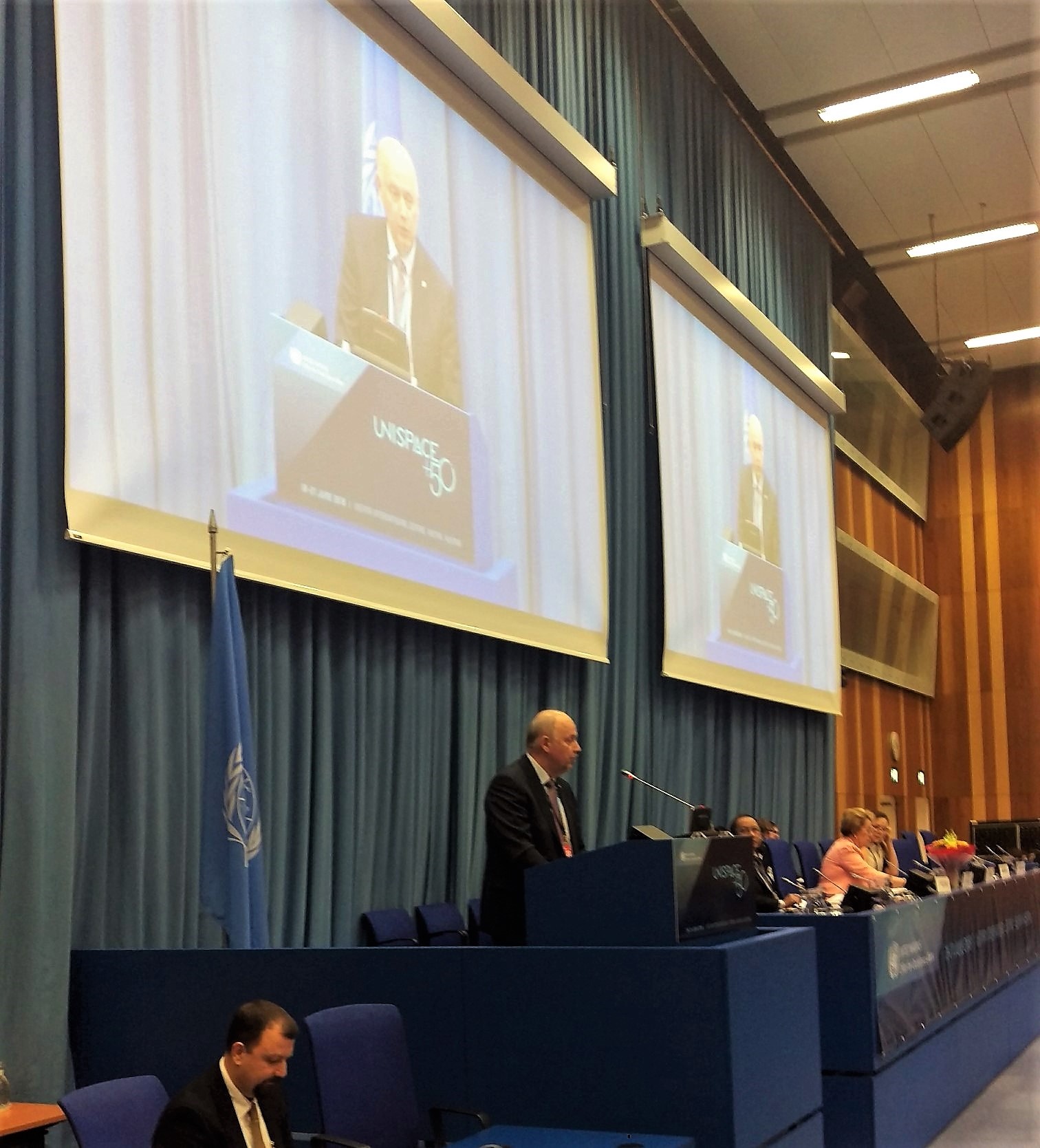 A delegation of the Republic of Belarus participates at jubilee events of the UN Committee on Outer Space, dedicated to the 50th anniversary of the UN World Conference on the Exploration and Peaceful Uses of Outer Space UNISPACE+50 which are held in Vienna.

On 21 June 2018, Sergei Kilin, Head of the Belarusian delegation, Vice Chairman of the NASB Presidium, Academician, delivered a speech at the UNISPACE+50 High-level Segment.

At the meeting, Sergey Kilin said: “Today, the needs of Belarus in space images with a spatial resolution of 2 meters have been completely satisfied. At the same time, there is a free resource of the Belarusian spacecraft, which we could offer to consumers from other countries. The needs of the Republic of Belarus in telecommunication services have been also fully provided for.” The head of the Belarusian delegation drew attention to the fact that Minsk would host the 31st Planetary Congress of the Association of Space Explorers (ASE) on September 9-15, 2018. More than 100 cosmonauts and astronauts from all over the world will take part in the congress. The words "We are building our cosmic future" which Oleg Novitsky said during his flight to the ISS were taken to be the Congress slogan.

The jubilee events dedicated to the 50th anniversary of the UN World Conference on the Exploration and Peaceful Uses of Outer Space UNISPACE+50 are being held in Vienna from June 18. Participants from more than 60 countries came at the city. The organizers suppose that the UNISPACE+50 held in 2018 should promote the expansion of cooperation between states in priority areas, namely in global partnership in space research and innovations, intensification of exchange of information on objects and events in space, expansion of space cooperation for the world health care, etc.