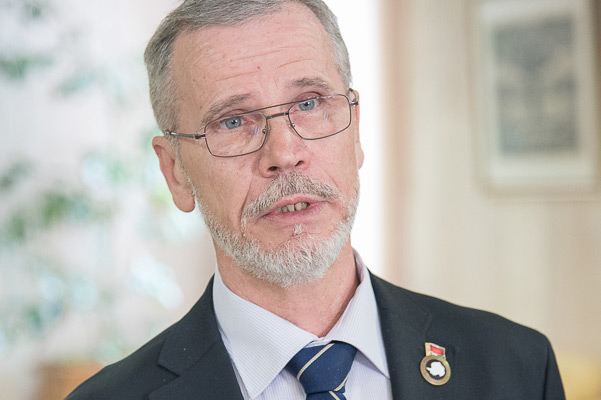 Belarus represented by the National Academy of Sciences of Belarus received the status of an associate member of the Scientific Committee on Antarctic Research (SCAR). The news was reported by Alexei Gaidashov, Deputy Head of the Republican Center for Polar Research of the NAS of Belarus, Head of the Belarusian Antarctic Expedition, who is now participating in the SCAR meeting in Davos, Switzerland. “I am pleased to report that on 25 June 2018 a unanimous decision to approve the Republic of Belarus represented by the NAS of Belarus as an associate member of the Scientific Committee on Antarctic Research was adopted at the SCAR meeting. Many years of the NASB staff teamwork in this direction received a high evaluation of the international Antarctic Community and allowed our country to enhance significantly its scientific status among the countries exploring the Antarctic region and open new opportunities for the development of international scientific cooperation in Antarctica,” Alexei Gaidashov said.

The status of the SCAR associate member will enable scientists of the National Academy of Sciences of Belarus to participate in setting priorities for international Antarctic research, have direct access to the world advanced Antarctic research results. The SCAR can help Belarusian scientists to implement the national Antarctic research program, establish scientific links and cooperation, develop partnerships with research programs and scientists from other countries. It is expected that the SCAR will also provide Belarus an opportunity to present its first results of Antarctic research and it will assist in building up scientific and technological capacity for the successful implementation of the National Antarctic Program. It is timely and very valuable for Belarus to get access to the opportunities provided by the SCAR, such as scholarships for young scientists, scientists exchanges, databases and knowledge about the Antarctica achieved by scientists from different countries, and participation in international projects on the study of Antarctica. It seems important to establish, via the SCAR, cooperation with specialized organizations and scientific communities from other countries, to carry out research at Antarctic stations and equipment of other countries.

Belarus, represented by its scientists and scientific organizations, plans to take an active part in the work of scientific groups, research programs, expert groups and other communities in the SCAR. Our country is ready to receive, within the scope of its capacities, scientists and specialists from other countries, provide other technical and scientific resources for research on Antarctica. As is known, the Republic of Belarus is now preparing a package of documents to apply for obtaining the status of a consultative party under the Antarctic Treaty in 2019-2020. The SCAR membership is one of the most important criterion of corresponding the consultative status.

The International Council for Science (ICSU) was an initiator and organizer of the International Geophysical Year (IGY) in 1957/58. A special working group was established to coordinate Antarctic research under the Committee for the IGY. In November 1957, the group was transformed into a Special Committee for Antarctic research. The Committee included one representative from each of the countries researching Antarctica and representatives of some international scientific unions. The first meeting of the Committee was held in the Hague (the Netherlands) in February 1958. Its fifth meeting, held in October 1961 (Wellington, New Zealand), decided to rename the Committee. Since then, it is called the Scientific Committee on Antarctic Research (SCAR). The SCAR is responsible for the establishment, facilitation and coordination of scientific activities in the Antarctic region, it aims at developing and analyzing scientific programs of a circumpolar scale and importance.