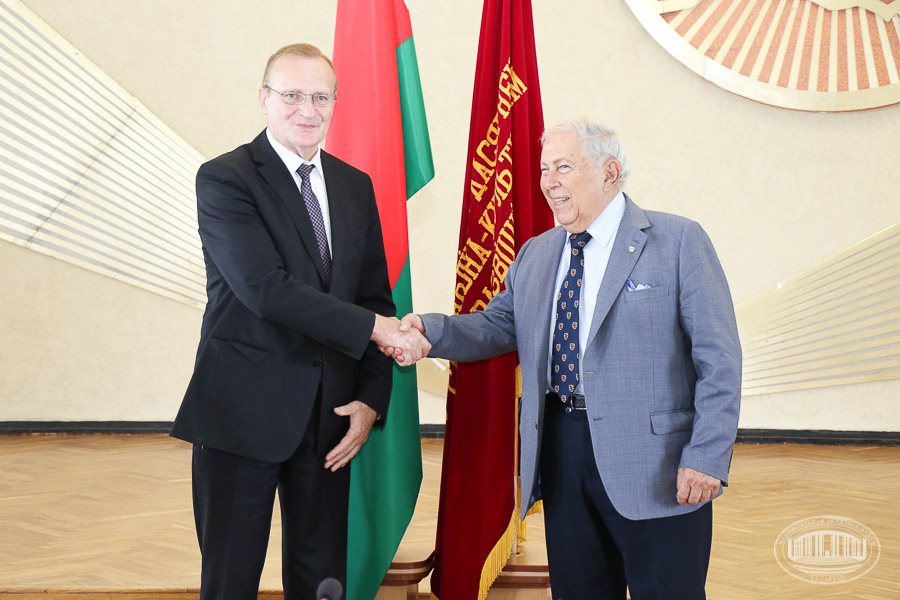 Research and Development Centre to be built at Academpharm premises

On 6 August 2018, the grand opening of the landscape complex in honor of the construction of Research and Development Centre took place at the state enterprise Academpharm of the National Academy of Sciences of Belarus. The event was attended by a delegation of the Indian pharmaceutical company Cipla Limited headed by Dr. Yusuf Khwaja Hamied, Non-Executive Chairman of the company, honorary member of the NAS of Belarus.

Yusuf Khwaja Hamied said that the pharmaceutical company Cipla Limited will invest $1 million in the construction of the research and development center for making medicine. Chairman of the Presidium of the National Academy of Sciences Vladimir Gusakov noted: “The choice of our enterprise as a platform for creating the research and development center is a token of trust in the National Academy of Sciences of Belarus, its scientists and specialists. We will try to live up to this high trust. It is necessary to make a lot of effort for the successful implementation of the project but I am convinced that combined capabilities of both sides will secure the desired result," he said.

The Cipla Limited delegation headed by Dr. Yusuf Khwaja Hamied will stay in Belarus on 5-8 August. The purpose of the visit is to discuss promising ways of expanding cooperation between the NAS of Belarus and Indian organizations, present promising cooperation areas, and discuss the concept of the pharmaceutical research and development center at the Academpharm premises.

Dr. Yusuf Khwaja Hamid is one of the leading Indian scientists and Non-Executive Chairman of the Cipla Limited Company, a pharmaceutical giant founded in 1935 by Khwaja Abdul Hamid and known for its social orientation. Yusuf Khwaja Hameed was born on 25 July 1936 in Vilnius (Lithuanian Republic). He grew up in Bombay (now Mumbai). Dr. Hamid got a PhD in chemistry at Cambridge. He is known internationally primarily for his desire to provide medications to fight AIDS and other grave diseases to patients in the world's poorest countries. Dr. Yusuf Khwaja Hamid was unanimously elected honorary member of the NAS of Belarus on 16 November 2017 during the session of the General Meeting of the National Academy of Sciences.