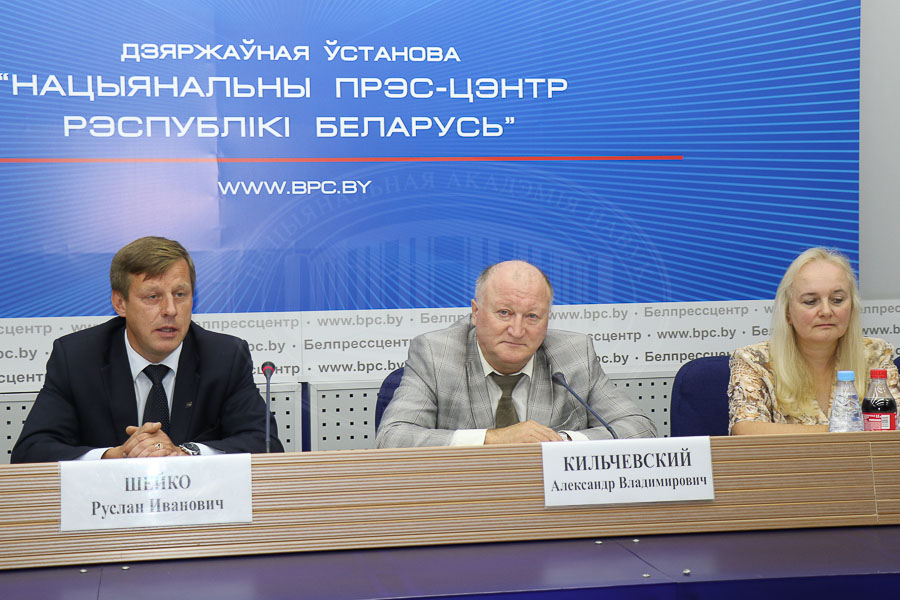 Press conference “Topical issues of ensuring biological safety in the Republic of Belarus. Identification of genetically modified organisms as an obligatory part of the food certification process”

Alexander Kilchevsky told the media about research on the creation of transgenic plants and animals carried out in the Republic of Belarus. The Institute of Genetics and Cytology of the NAS of Belarus has a testing ground for transgenic plants. Researches on potato resistance to potato beetle and other insects are of greatest interest to scientists. In this direction, Belarusian scientists have achieved certain results in the form of source varietal material which can be the basis for a new variety more resistant to pests. In addition, Belarusian scientists work with rapeseed to increase resistance to herbicides. The Botanical Garden studies transgenic clover and cranberries, works with model plants.

Ruslan Sheiko told about the livestock of transgenic goats (about 500), whose milk is rich in lactoferrin. At the moment there is a question about its implementation. In addition, the Director of the Institute of Genetics and Cytology told about the work of the National Biosafety Coordination Center functioning at the Institute. Its main functions are to work with ministries and agencies, to inform the public and to conduct expert assessments.

Scientists also spoke about the control of GMOs in foods and animal feed in Belarus. 17 laboratories are watching this today. Annually about 1000 samples are being tested. The cases of exceeding the permissible level (more than 0.9%), according to scientists, are rare.