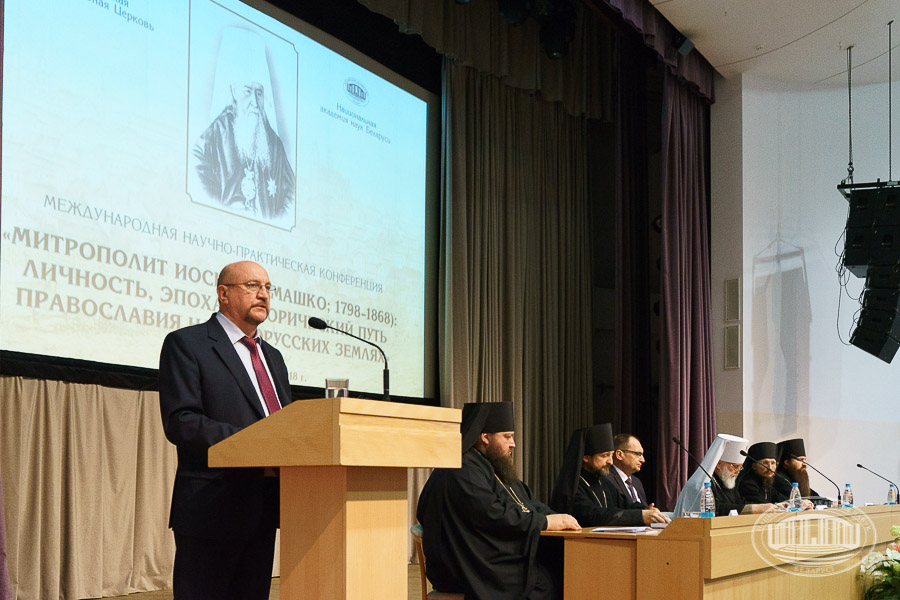 On 24 October 2018, a solemn opening of the International Scientific and Practical Conference "Metropolitan Iosif (Semashko; 1798–1868): Personality, Epoch, Historical Path of Orthodoxy in Belarus" was held at the conference hall of the National Library of Belarus. The scientific forum is dedicated to the 220th birth anniversary and the 150th death anniversary of Iosif (Semashko), Metropolitan of Lithuania and Vilnius.

Anatoly A. Lazarevich, Director of the NASB Institute of Philosophy, represented the National Academy of Sciences of Belarus at the conference presidium. At the opening ceremony, he delivered the welcoming address on behalf of the Chairman of the NASB Presidium Vladimir G. Gusakov, in which the contribution of the Belarusian Orthodox Church to the formation of high spiritual culture of the Belarusian people, as well as the rooting of morality and high moral values were emphasized. The multilateral cooperation of the organizations of the NASB Department of Humanities and Arts and the Belarusian Orthodox Church was also noted.

The forum will continue its work at the NASB Institute of Philosophy, Yakub Kolas Central Scientific Library of the NAS of Belarus, Minsk City Institute of Educational Development until October 26, 2018.