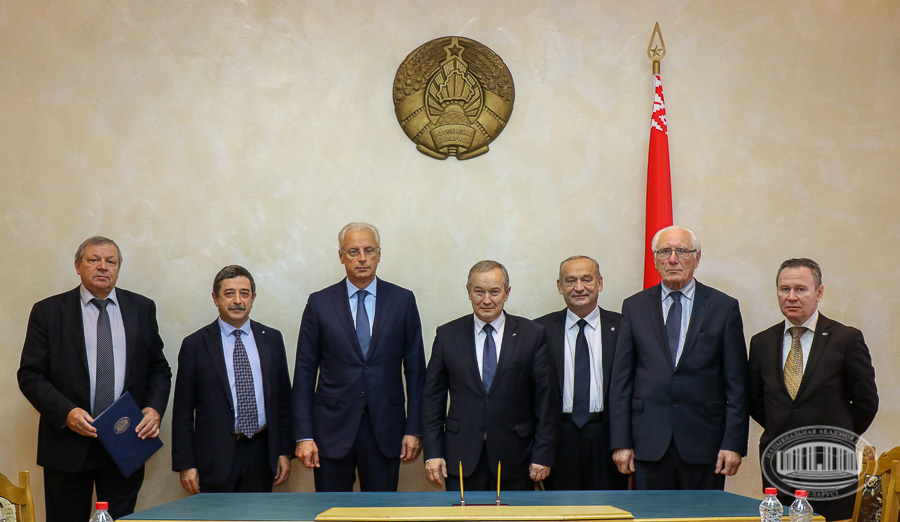 A delegation of the Fund for Infrastructure and Educational Programs of the RUSNANO Group headed by Andrei Svinarenko, CEO of the Fund, visited the National Academy of Sciences of Belarus. The visit aimed at holding negotiations on promising directions and mechanisms for the development of cooperation between Belarus and Russia in innovative nanoindustry. The delegation also participated in celebration events dedicated to the 90th anniversary of the NAS of Belarus.

On 16 November 2018, Andrei Svinarenko met with Sergei Chizhik, First Vice Chairman of the NASB Presidium, Academician. During the meeting, the results and prospects of cooperation between the Fund and the NAS of Belarus on a wide range of issues, including educational projects and programs, assessment of qualifications and certification of specialists, regulatory and technical support for the commercialization of innovations, were discussed.

Following the talks, an agreement on scientific and technical cooperation between the Fund for Infrastructure and Educational Programs and the National Academy of Sciences of Belarus was signed.

The meeting summarized the results of the implementation of the Plan of Joint Activities in the Regulatory and Metrological Support of Priority Areas of the Nanoindustry Innovative Development.

Andrei Svinarenko and members of the Fund delegation visited the exhibition of the results of innovation activities of NASB scientists.