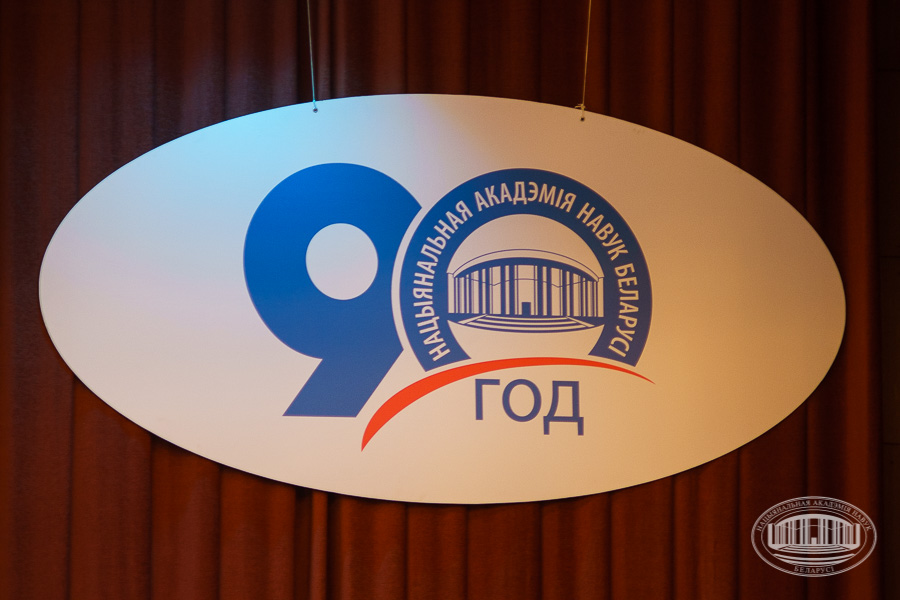 Maxim Ryzhenkov, First Deputy Head of President Administration, read the congratulations of Belarus President Alexander Lukashenko. At the solemn gathering, the best employees of the National Academy of Sciences of Belarus were awarded. Oleg Penyazkov, Director of A.V.Lykov Heat and Mass Transfer Institute, Academician, and Vitaly Zalessky, Director of the Physical and Technical Institute, were awarded the Certificate of Honor of the Administration of the President of the Republic of Belarus. The scientists were also congratulated by Mikhail Myasnikovich, Chairman of the Council of the Republic of the National Assembly of the Republic of Belarus. V.Gusakov, M.Myasnikovich, A.Rusetsky and A.Voitovich were presented Vsevolod Ignatovsky Award Pins for outstanding service in Belarusian science, significant contribution to the development of the National Academy of Sciences of Belarus, fruitful activities in strengthening its scientific potential, formation and development of scientific schools, creation of favorable conditions for the self-realization of the talented scientific youth.

On the celebration days, an exhibition of the results of innovative activities reached by the NASB scientists was open. More than 300 recent scientific and technical developments were presented there. The exhibition was divided into seven clusters related to priority research areas. The office supercomputer Skif-Geo, the space system of the Earth remote sensing, a research complex for the automated assessment of the nano- and microstructures of biological cells, a 3D bioprinter, coatings on titanium implants, a multifunctional 3D platform for development and implementation of methods for biomedical and biophysical research, personal electric transport, unmanned aerial vehicles, as well as exhibition stands representing developments in medicine, agricultural technologies, engineering for agriculture and other areas of Belarusian scientists activities were among the most striking innovations presented at the exhibition.

The celebrations ended with a festive concert.

On November 15, a plenary meeting and breakout sessions of the Third International Scientific and Practical Conference "Science – for the Innovative Development of Society," dedicated to the 90th anniversary of the Academy, were held at the NASB organizations. Scientists shared their experience, spoke about their most striking developments and achievements. The best scientists of the National Academy of Sciences of Belarus were also awarded during the celebration events.