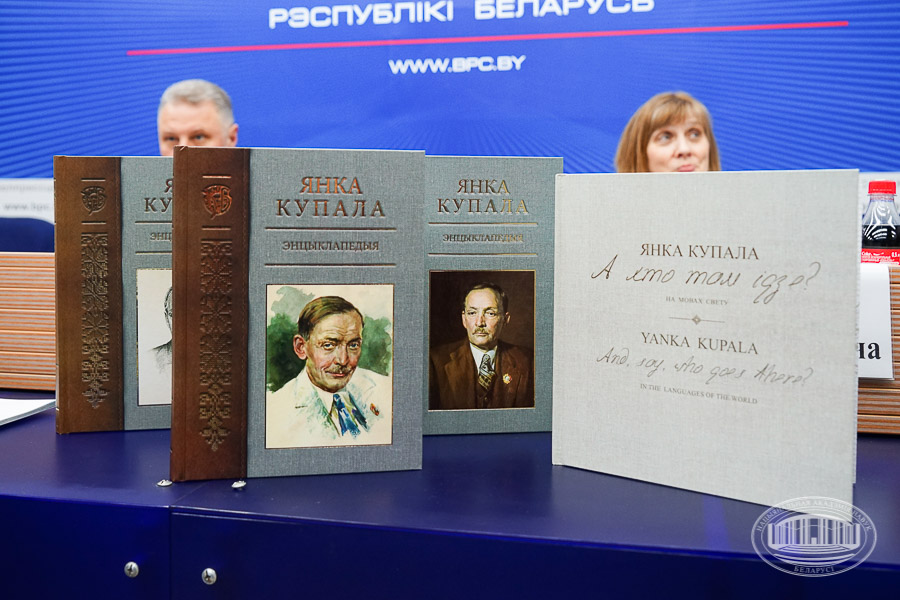 Press conference "Belarus: the historical memory of generations and a look into the future" takes place

On 29 January 2019, a press conference "Belarus: the historical memory of generations and a look into the future" took place at the National Press Center of the Republic of Belarus. The Petrus Brovka Belarusian Encyclopedia Publishing House presented new editions at the press event. Scientists from the National Academy of Sciences of Belarus took part in composing the following books: encyclopedia “Yanka Kupala” in 3 volumes, illustrated encyclopedia “Museums of Belarus”, and a book of the series “Belarus. Tragedy and the Truth of Memory" devoted to Khatyn and Trostinets.

Ivan Saverchenko spoke about scientists’ work on the richly illustrated three-volume encyclopedia “Yanka Kupala”, which contains about 1,500 literary and biographical articles devoted to the life and work of the Belarusian writer.

Galina Flikop-Svito pointed the uniqueness of the edition devoted to the Belarusian museums. In the book, compilers and publisher were able to show the features and uniqueness of each museum represented in the publication.