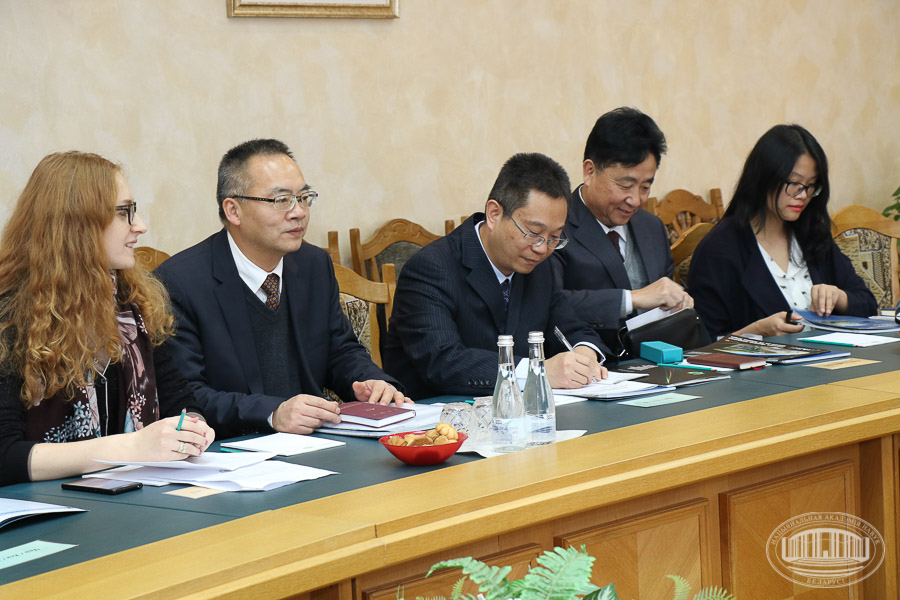 On 26-28 January, a delegation from the Academy of Agricultural Sciences of Sichuan Province visited the National Academy of Sciences of Belarus. Prospects of development of the Belarusian-Chinese scientific and technical cooperation in agriculture were negotiated during the visit.

On 28 January 2019, the Chinese delegation met with the Chief Scientific Secretary of the NAS of Belarus Alexander Kilchevsky. The delegation included Vice President of the Academy of Agricultural Sciences of Sichuan Province Zhang Yong. The guests learned about developments of the NASB organizations, got acquainted with the NASB permanent exhibition "Domestic scientific achievements for manufacturers" and visited the Museum of NASB History. The parties discussed the opportunity of scientific and technical cooperation in the field of agriculture. In particular, the Chinese side got interested in the development of the Institute of Plant Protection, the Institute of Forest, and Botanical Garden. It was agreed that the Belarusian side will form a list of proposals for cooperation in the field of agriculture and will send to the Chinese side for consideration shortly. The Belarusian side will also prepare a draft Memorandum of cooperation and send for approval to the Academy of Agricultural Sciences of Sichuan Province. In turn, the Chinese side invited Belarusian scientists to take part in the 9th world agricultural forum, which will be held in Shandong (China) in November 2019.

It should be noted that this province is an agricultural area: rice and wheat are grown here; the province ranks first among the provinces of China for the production of pork and the second in harvesting of silkworm cocoons. Besides, there are automotive, aerospace, metallurgical, food, construction and textile industries. The province is strategic in terms of the defense industry and the development of China's scientific and technical potential.