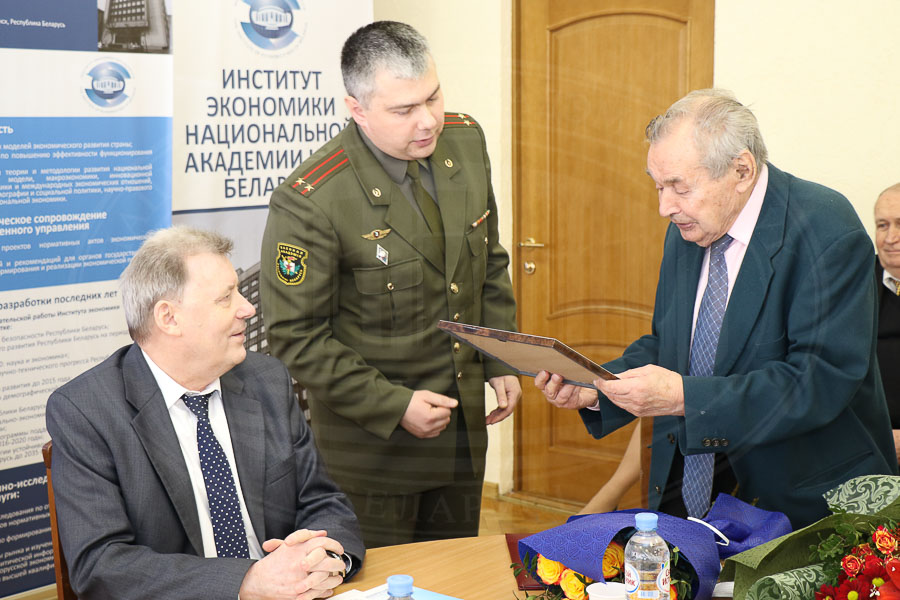 Scientific and methodological seminar "Sociological school of Academician Yevgeny M. Babosov: achievements and prospects" is held in National Academy of Sciences of Belarus

Scientific and methodological seminar "Sociological school of academician Yevgeny M. Babosov: achievements and prospects" was held in the National Academy of Sciences of Belarus. The scientific forum opened a series of anniversary events of the NASB Institute of Sociology, dedicated to the 30th anniversary, which the Institute will celebrate in January 2020.

Opening the scientific forum, the Director of the Institute of Sociology Gennady Korshunov reminded that the Institute of Sociology of the NAS of Belarus was established on 16 January 1990, largely thanks to Yevgeny Mikhailovich Babosov, who became its first head, and today is an honorary director. "Over the years, the Institute has not only become a leading branch scientific institution of the country. During this time several sociological schools have been formed in Belarus. At the same time, it was academician Babosov who at the earliest stage caught the huge potential of the formation of the IT-country by publishing a conceptual article on this topic," - Gennady Korshunov said.