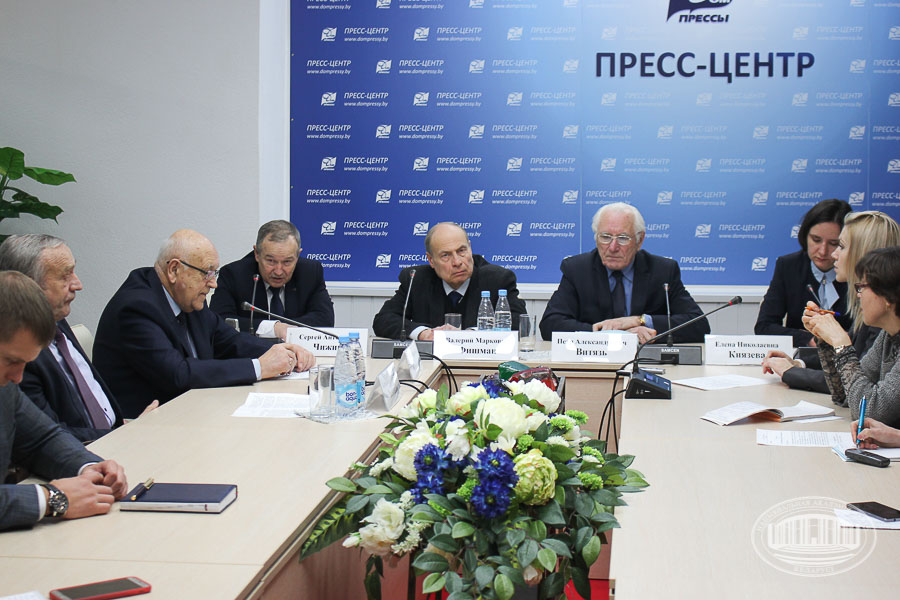 On March 5 2019, a press conference on scientific developments and advanced technologies in industry was held at the Press Center of the Press House.

Piotr Vityaz emphasized the necessity for introducing own domestic scientific research into production. Among the promising developments, which were implemented in 2018, the following projects were named: office supercomputer "SKIF-GEO-DPC RB", 5 times higher than the performance of the previous model; completion of a prototype model of an electric vehicle with a Geely SC7 body; series of personal electric vehicles; original drug Leucovir for the treatment of patients with multiple sclerosis; antitumor new generation drugs Sorafenib; technology and creation of the only in Belarus production of lightweight bulletproof vests on the basis of ceramics.

Sergey Chizhik informed about the volume of the NASB goods and services exports, which in value terms exceed 54 million of United States dollars, and taking into account grants – about 56 million.