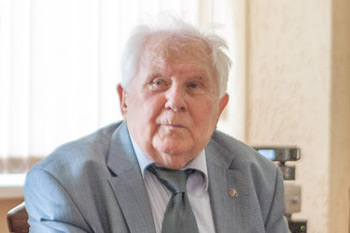 An essential characteristic of his work is that he focuses on solving the underlying problems of philosophical knowledge. Acad. Shirokanov gives considerable attention to the problems of synergetics, the principles of theoretical thinking in the history of knowledge, focusing on the disclosure of the specifics of the modern style of thinking and related methods of knowledge. Academician D. I. Shirokanov is rightfully recognized as a classic of Belarusian philosophy. His numerous scientific works make a significant contribution to the development of philosophical thought in our country. His research has been widely recognized internationally by the philosophical community.

The purpose of the anniversary conference, which will be held at the Institute of Philosophy of the National Academy of Sciences of Belarus, is to discuss the scientific contribution of Acad. Shirokanov in substantiation of methodological concepts, a generalization of the experience of philosophical studies of the second half of 20th – early 21st centuries in the field of ontology and theory of knowledge and in the determination of prospects for the development of fundamental philosophical knowledge in modern conditions. Such an event should contribute to the continuity of the national philosophical tradition, the search for new promising directions and the formation of strategic priorities for the development of philosophical knowledge and its integration into modern world science.

Problem field of the conference:
• Dialectical interpretation of philosophical categories: history and modernity;
• Ontology and epistemology in substantiation of modern science development priorities;
• Logic and methodology of scientific knowledge;
• The dialectics of the necessary and casual. Order and chaos in modern science paradigm;
• Philosophy of science and technology;
• Transdisciplinary synthesis in modern scientific knowledge;
• Integrative function of philosophy in the formation of a holistic picture of the world;
• Philosophical category in modern humanities;
• Thinking styles and paradigms of knowledge.

To participate in the conference, it is necessary to send an application and paper abstracts to e-mail shirokanov2019conference@mail.ru before 2 May 2019. The email subject line should include “Конференция_Широканов Д.И.” (“Conference_Shirokanov D.I.”). All details are set in the information letter.