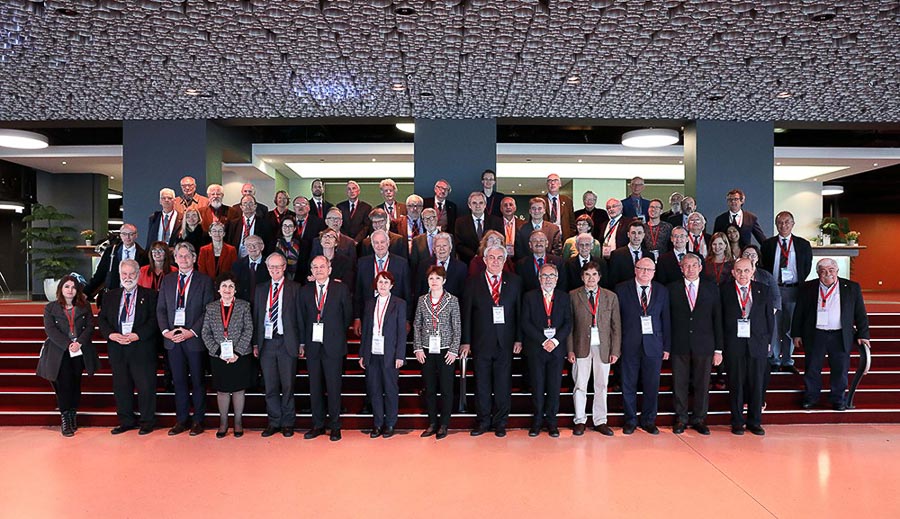 Session of the General Assembly of the Association of European Academies of Sciences (ALLEA) was held in Bern in May 2019.

The ALLEA General Assembly addressed reports of the ALLEA working groups, the Association's business plan for 2020, the Association members' participation in the implementation of the EU-funded initiatives SAM and SAPEA and a number of other issues.

Alexander Kilchevsky made a presentation "Biodiversity Conservation in Europe: a view from Belarus" to initiate a joint project within the framework of ALLEA. Before the presentation, Alexander Kilchevsky conveyed to the leadership and ALLEA members congratulations on the 25th anniversary of the Association on behalf of the Head of IAAS, Chairman of the Presidium of the NAS of Belarus Vladimir Gusakov (with the presentation of congratulatory addresses).

The NASB delegation met with the President of ALLEA, President of the Swiss Academy of Sciences and Arts Antonio Loprieno, ALLEA General Secretary Matthias Johansen and members of the ALLEA Council. During the anniversary ALLEA General Assembly, the Belarusian delegation held bilateral talks on academic partnership and new areas for cooperation with representatives of the academies of sciences of Austria, Poland, Latvia, Lithuania, Estonia, Turkey, Hungary, Serbia, Armenia and Moldova.

The next session of the ALLEA General Assembly will be held on 3-5 June 2020 in London at the British Academy.