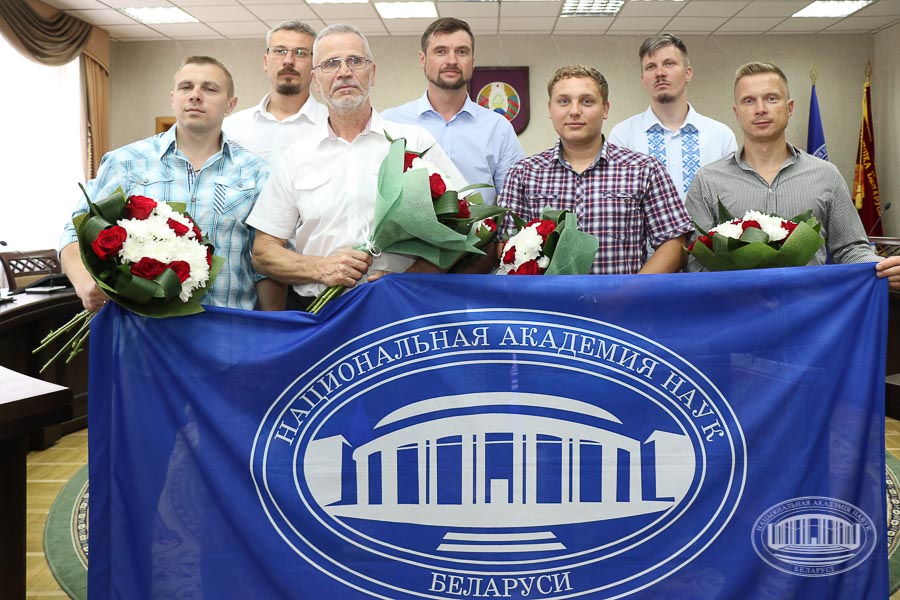 On 13 June 2019, participants of the 11th Belarusian Antarctic expedition met with Belarusian scientists at the National Academy of Sciences of Belarus. The Belarusian polar explorers talked about results of their work and showed a movie about the expedition.

Participants of the 11th expedition worked in Antarctica for six months. In this period, they continued constructing facilities at the Belarusian Antarctic station in the Vechernyaya mountain area, performed dozens of scientific researches and experiments, took thousands of measurements of natural parameters in line with the subprogram “Monitoring of polar areas of Earth, creation of the Belarusian Antarctic station, and enabling the work of polar expeditions” of the government program “Science-intensive technologies and equipment” for the 2016-2020 period. Members of the expedition carried out a large amount of researches in such areas as comprehensive ground-based and satellite monitoring of the atmosphere and the underlying terrain in Antarctica, radiation calibration of satellite spectrum apparatus for the sake of the national space program; hydrochemical, biological, environmental studies of terrestrial, marine and freshwater ecosystems of Antarctica; monitoring of the ozone layer of the atmosphere and ultraviolet radiation in Antarctica; research into changes in the natural environment and climate of Enderby Land, East Antarctica and adjacent areas under the influence of natural and anthropogenic factors, including urgent meteorological observations and meteorological support of aviation flights. Samples of natural materials were also collected.

“The construction of the first stage of the Belarusian Antarctic station is nearing completion. A new diesel generator fit for winter conditions has been delivered, assembled, and tested in various modes this year. A large amount of winter fuel has been delivered to Antarctica. Five sections out of eight have already been assembled in the second facility of the station. We plan to assemble the other three sections during the forthcoming season. First of all, it is necessary to set up a lab and an ambulance and surgery section since it would be an adventure to try to spend winter in Antarctica without medical equipment. All the efforts are channeled into finishing the construction of the first stage. Once it is done, we will be able to say with confidence that in late 2020 the expedition will be able to go to Antarctica and stay there for the winter,” Aleksei Gaidashov said.

Besides, the optional scientific program of the Institute of Physiology of the National Academy of Sciences of Belarus to study how neural networks of the brain control the vital functions of polar explorers in the extreme conditions of the Antarctic was carried out. The expedition members were involved in two international scientific projects. A Belarusian-Finnish project was implemented to study the water and thermal regime of freshwater Antarctic reservoirs. A Belarusian-Russian scientific project was implemented to study changes of borders of ice caps and reflecting qualities of their surface using spaceborne, airborne, and ground-based measurements.