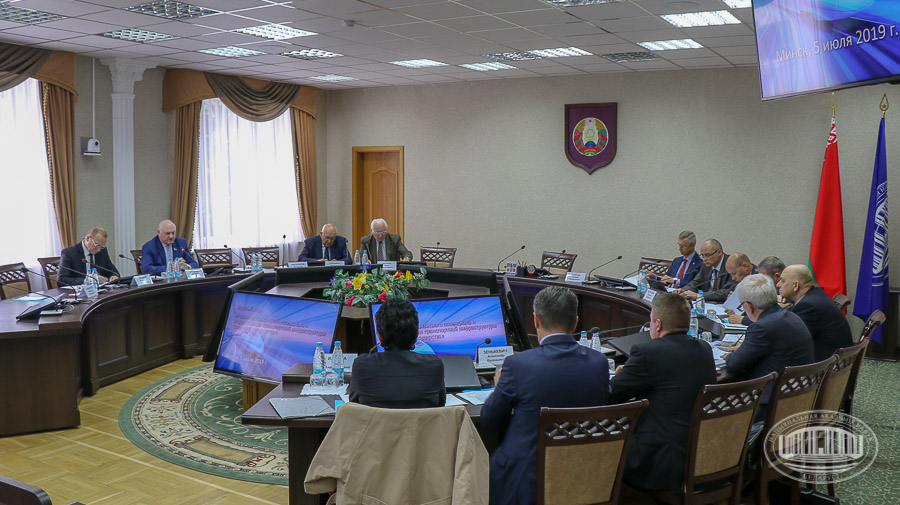 A round table discussion on the development of transit capacity and modernization of the Union State transport infrastructure, as a part of the 6th Forum of Regions of Belarus and Russia, took place at the National Academy of Sciences of Belarus on 5 July 2019. Alexander Popkov, Chairman of the Standing Committee of the Council of the Republic of the National Assembly of the Republic of Belarus on Regional Policy and Local Self-Government, moderated the round table discussion.

The Chairman of the Presidium of the National Academy of Sciences of Belarus Vladimir Gusakov made a presentation “Strategic directions of the scientific and methodological support of transport cooperation in the Eurasian space”.

As a result of the round table session, the final resolution was adopted.