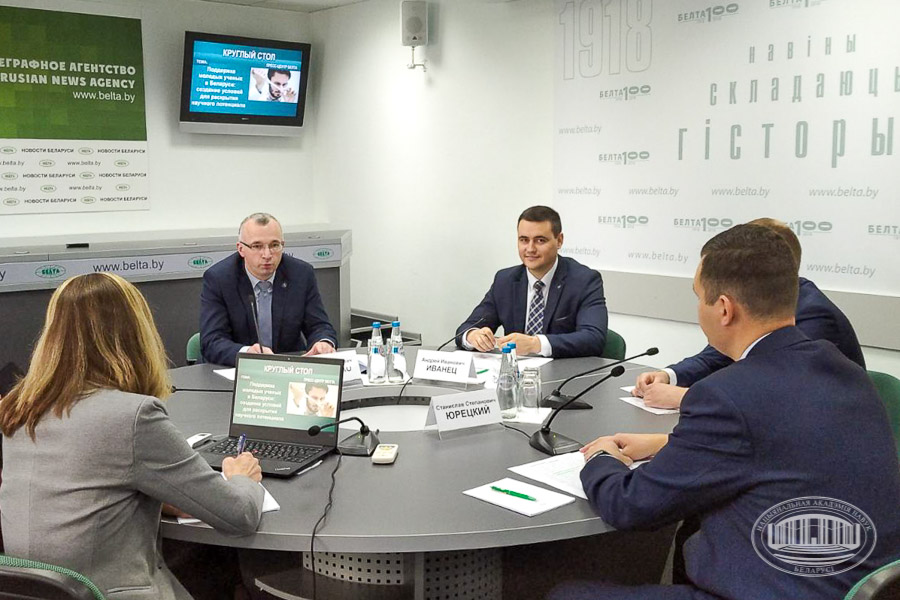 Speaking of support for young scientists, Andrey Ivanets said: “The NAS of Belarus annually provides grants for research activities of postgraduates and doctoral candidates. Three new awards for the young scientists were established last year”. “Today, we are focused not only on selective support of particular young scientists, but also on creation of laboratories and creative team for young people which would be growth points for attraction of the youth and their long-term involvement in science. Clusters of various fields organized in the NAS provide attraction of the young scientists for implementation of large breakthrough multi-disciplinary projects. It is essential to create conditions for fulfilment of creative potential of the youth in the Academy”, the Main Scientific Secretary stressed.

Egor Gusakov told about the activities of the Academy of Sciences aimed at search of talented young people, their involvement in science and support of their initiatives. "People get the idea of their future profession at school. And if they choose scientific activities, a strong support of these initiatives is one of the main tasks of the Council of Young Scientists of the NASB”, he said.