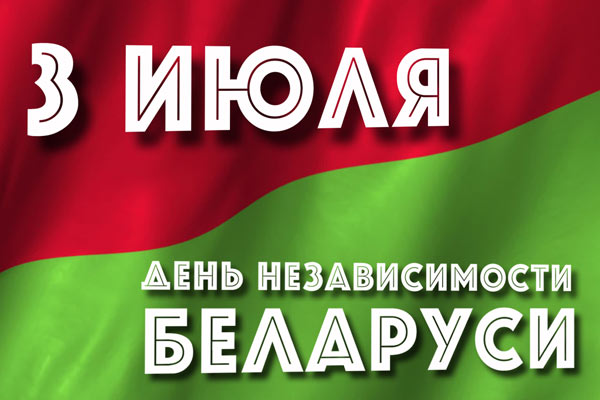 I congratulate you on the biggest holiday for all Belarusian people − the Independence Day.

The 3rd of June is a special day for our country. This date reminds us about the price the Belarusian people paid for their freedom 76 years ago. Every Belarusian family faced the most awful war on the territory our Motherland, and the last one, I hope. Though, in July 1944, the final defeat of the Hitlerite fascism was still a long way off…

We still do not know exactly how many our fellow citizens died struggling with the ruthless and treacherous enemy during the war: there were millions of them. They are a moral compass, an example of invincible will and fortitude, the example that should inspire the current generation. The task of historians, scientists and enthusiasts is to expand the national memory book. It is the NASB that initiated the All-Belarusian campaign National Chronicle of the Great Patriotic War: We Remember Everyone! The campaign is aimed at preservation of our memory of the Great Patriotic War by means of personal contributions of the Belarusian citizens. Not only scientists and historians, but also archivists, museum workers, employees of higher educational establishments and ordinary people from across Belarus work on the Chronicle. Apart from personal archives, it was decided to use scientific documents, maps, materials of literature and figurative arts, recollections and stories told by relatives.

“Warrior, liberate your Belarus!”, called one of wartime Soviet posters showing a young girl waiting for her saviors. Pain of parting with loved ones, striving for peace on the native soil was the main driving force leading to the Victory. There were a lot of employees of the Academy of Sciences who participated in liberation of Belarusian cities, towns, and villages from the fascists, fought in partisan units and in the ranks of resistance fighters. The archives show: the scientists of the BSSR Academy of Sciences prepared a hard-driving program of the Republic restoration during the first year after the liberation – and it was a success. It created the foundation for the current generations to build independent Belarus. Our contemporaries carry on traditions of the unfading feat of the Liberators’ generation with dignity, solve major tasks, achieve new scientific results, and look to the future with confidence.

76 years ago, Minsk was liberated from the Nazi intruders. This period is not long from the historical point of view, but it is very important for its comprehension. We have managed to prove our strength, we have built a consolidated society and sustainable economy which, thanks to our combined efforts, is successfully developing and provides decent living for every Belarusian.

The Independence Day is a symbol of peace on the long-suffering Belarusian land. We express our most heartfelt thanks to our veterans that liberated the capital and the country from the occupants, restored the Republic and strengthened its power and well-being for years. This feat has a special significance for the modern history, forms public stance of the Belarusian people, invigours a sense of patriotism, and serves as an example for the younger generation.

I sincerely wish you all good health, peace and well-being.

Vladimir Gusakov, the Chairman of the NASB Presidium