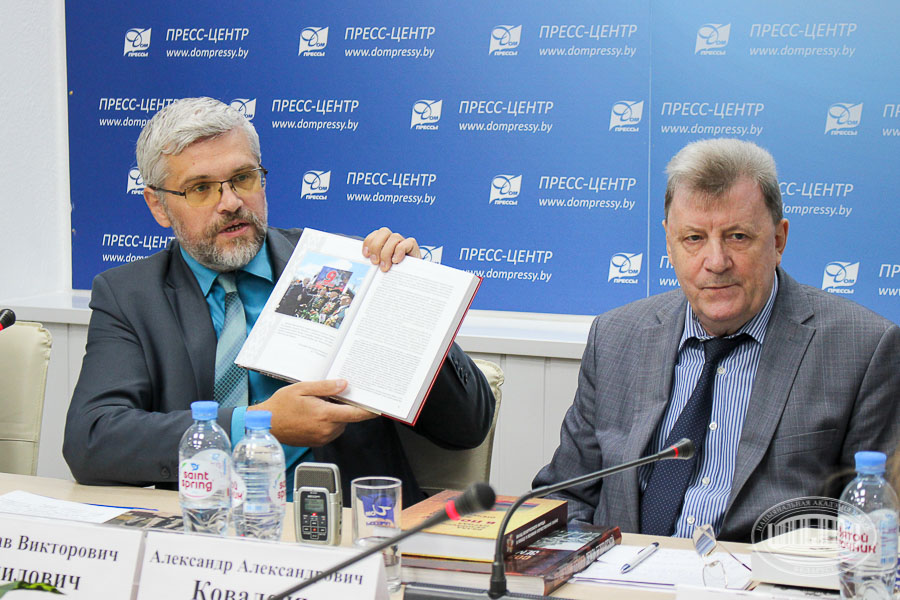 On July 10, 2020, the Press Centre of the Press House hosted a video conference on the subject: “Achievements of Belarusian scientists in humanitarian sciences. Implementation of developments into educational process”.

The journalists were presented a range of works prepared by scientists of the Institute of History of the NASB to the 75th anniversary of Victory in the Great Patriotic War. Vyacheslav Danilovich told about completion of a joint project with the State Committee on Property of the Republic of Belarus on creation of a unique in the CIS countries fundamental 4-volume work “Big historical atlas of Belarus” visually representing the history of Belarus from ancient period to our time and showing the place of the Belarusian in the European community.

In 2017, the Institute of Linguistics n.a. Y. Kolas completed a large national scientific project “Historical Belarusian Language Dictionary”. The project took up more than 50 years and required significant efforts to collect and process an enormous amount of factual information. As a result, 37 books were prepared and published.

Alexander Kovalenya said that improvement of education quality in accordance with modern social and cultural realities and with consideration of international experience was a multi-pronged problem which could not be solved without corresponding scientific activities. Thanks to creative efforts of humanities scholars of the Academy of Sciences and higher educational establishments of our country, significant results have been achieved. Thus, in 2019, the humanities scholars of the Academy published around 4 thousand scientific papers, including 900 works in international scientific publications. 370 books were prepared and published, including 107 monographs, 65 reference books and encyclopedias, and 68 collections of research papers.