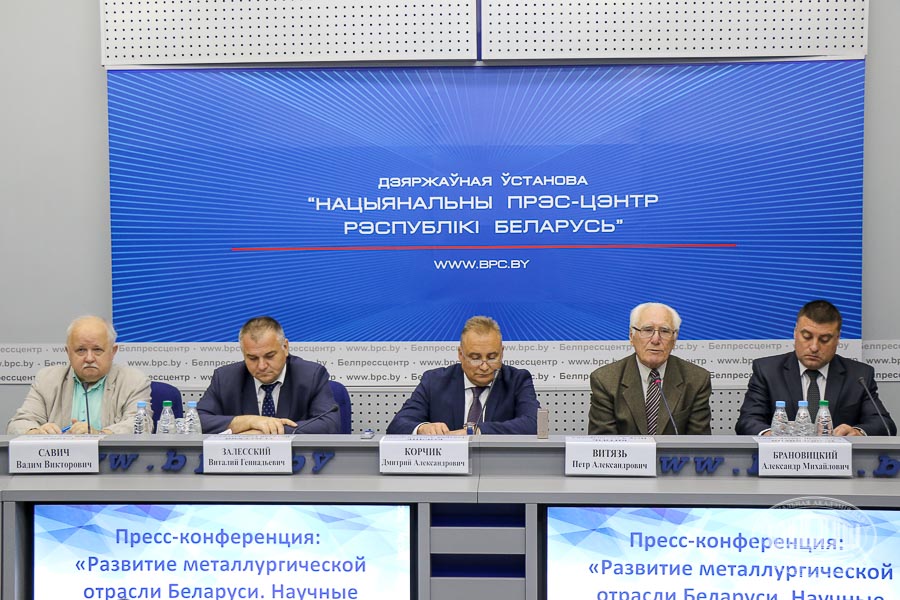 Petr Vityaz told the mass media that the NASB’s task is to organize scientific support of re-equipment and modernization of foundry, thermal, galvanic and other power-consuming industries of the country. In 2013, Scientific and Production Centre Belarusian Steel Works - Management Company of Belarusian Metallurgical Company was established. Its aim is to improve the technical level and competitiveness of enterprises of the BMK holding, energy efficiency of the existing production facilities, efficiency of computerization at all stages; reduction of cost-price of products.

The heads of the organizations informed on the latest scientific developments for the metallurgical industry.