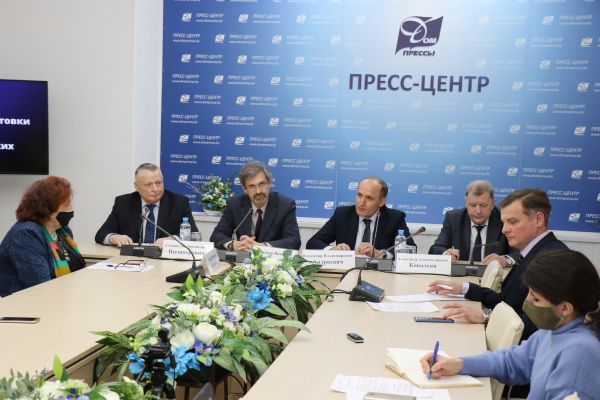 On April 2, 2021, the press conference “Prospects for the preparation and publication of encyclopedic publications” was held at the Press Center of the House of Press.

It was noted at the event that the National Academy of Science of Belarus intends to return the encyclopedic book publishing in Belarus on the basis of the NAS of Belarus. As Stanislau Nichypavich emphasized, “we are talking about not only returning the publication of encyclopedias to the Academy of Sciences, but also returning the brand of the Belarusian encyclopedia and further developing it. For this purpose, the Center for the preparation of encyclopedic publications has been established in the structure of the Central Scientific Library named after Yakub Kolas of the NAS of Belarus”. In Belarus, it is planned to create a large reference encyclopedic system called “Belarus” or “Belarusian Encyclopedia”, with the help of which the user can obtain accurate, specific information about the country.

The Head of the Center for Encyclopedic Publications Sophia Samuel is sure that the encyclopedia must be present in the Internet: “All the encyclopedias of the word have gone online, this has become a necessity and it is due to the fact that hard copies – very expensive, accurate, verified – quickly become outdated, and updating is possibly only as a bulky, expensive reissue”. The first volume of the future encyclopedia of Belarus will be about the nature and geography of the country.