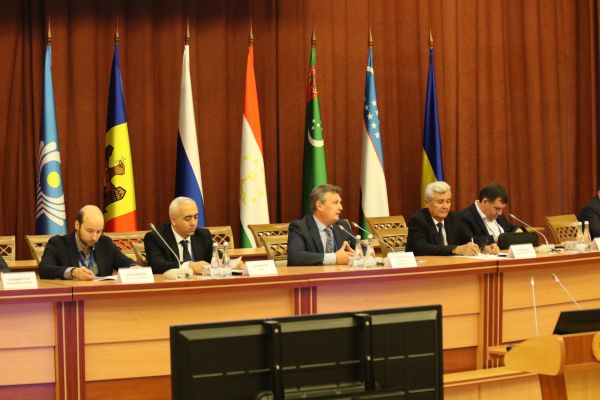 On November 25, 2021, within the framework of the III Forum of Scientists of the CIS Member States, under the leadership of the Deputy Chairman of the Presidium of the National Academy of Sciences of Belarus, Academician Sergei Kilin, the IX meeting of the Council for Cooperation in the Field of Fundamental Science of the CIS Member States was held. The participants discussed the intensification of cooperation between scientists from the academies of sciences and the largest scientific and research centers of the CIS in the field of fundamental research.

On November 25, 2021, a meeting of three Round Tables was held. Round table No. 1, moderated by Sergey Gaponenko, Chairman of the Scientific Council of the BRFFR, Director of the Executive Directorate, Academician, was devoted to the topic "State and Prospects of Development of Fundamental Science". Round table No. 2 "Improving scientific cooperation in the digital age" was chaired by Alexander Tuzikov, General Director of the Joint Institute for Informatics Problems of the National Academy of Sciences of Belarus, Corresponding Member of the National Academy of Sciences of Belarus. The moderator of Roundtable No. 3 “Innovative Scientific Research” was Valery Goncharov, Director of the Center for System Analysis and Strategic Research of the National Academy of Sciences of Belarus. Scientists conducted a detailed analysis of the state and prospects for the development of fundamental science, innovative research, and worked out ways to improve scientific cooperation in the digital era.