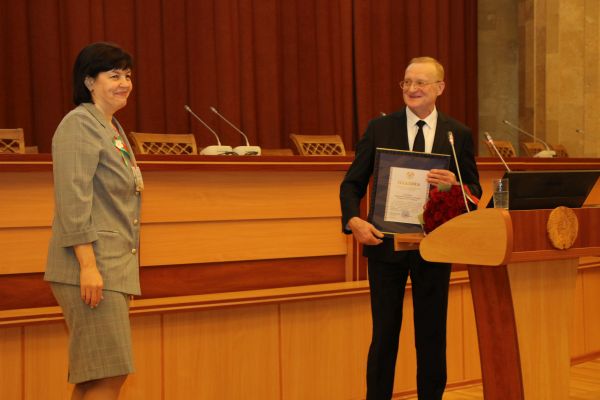 On May 4, 2022, at 12.00, the NAS of Belarus hosted the XV International Youth Scientific and Practical Conference «THE GREAT PATRIOTIC WAR OF 1941–1945 IN THE HISTORICAL MEMORY OF THE PEOPLE». More than 200 students from Minsk, other regions of the country, guests from Russia took part in it.

The purpose of the conference: to promote the civil and patriotic education of the young people by involving the younger generation in the study of the events of World War II and the Great Patriotic War. On the eve of the conference, on April 25–29, 2022, a public presentation and defense of the works of the participants of the special competition of the forum took place on the basis of gymnasium № 174 in Minsk. The competition was held in five sections. The jury also included scientists from the Institute of History of the National Academy of Sciences of Belarus. At the conference, the winners were awarded diplomas and certificates of participants. Leading scientists – historians of Belarus spoke before the children.

According to the organizers, including the Institute of History of the National Academy of Sciences of Belarus, such events help the schoolchildren to expand and deepen their knowledge about the events of the World War II and the Great Patriotic War; to motivate the students to engage in research and local history activities, to contribute to the formation of an idea of the peace as the most important universal value, to preserve the historical memory of the events of the Great Patriotic War.