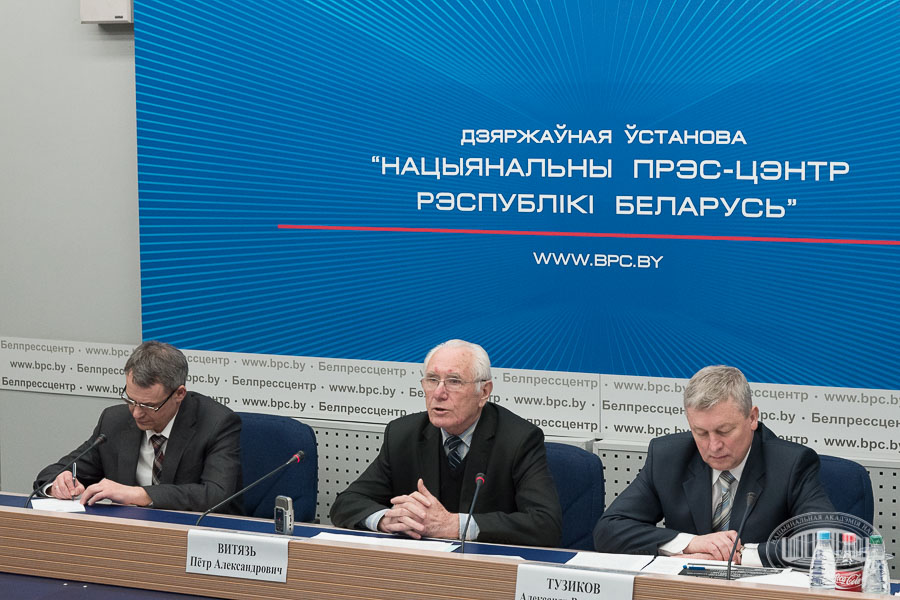 On April 7, 2016 a press conference dedicated to the World Cosmonautics Day was held at the National Press Center of the Republic of Belarus.

The event was attended by Chief of Staff of the NAS of Belarus, Academician of NASB Piotr A. Vityaz; Director General of SSI "The United Institute of Informatics Problems of the National Academy of Sciences of Belarus", Corresponding Member of NASB Aleksandr V. Tuzikov; Director of the Scientific and Engineering Republican Unitary Enterprise "Geoinformation Systems" NASB, the chief designer of the Belarusian space system of remote sensing Sergey A. Zolotoy.

Piotr A. Vityaz informed journalists of the establishment of Space Research Agency, which is responsible for the implementation of an intervention to manage the uniform state policy in this field, as well as for the maintenance and modernization of existing systems and development of plans and objectives for the creation of a new satellite. The Chief of Staff of the NAS of Belarus noted that the space industry is a driving force for the development of many other related fields of science.

Aleksandr V. Tuzikov spoke about the union program "Monitoring SG", in which 22 joint ventures with the Russian side of the project are planned, including the creation of new equipment for spacecrafts, new materials for use in space, processing data received by the space program. The Director General of the United Institute of Informatics Problems of the NAS of Belarus referred to the establishment of hyperspectral equipment that allows combining data from different spectral ranges — this work is carried out at the enterprise "Peleng". The United Institute of Informatics Problems takes part in the processing of data received from Belarusian satellite for forest monitoring, assessment of fire hazards, land degradation assessment and others.

Sergey A. Zolotoy reported on the Belarusian satellite status and plans for new developments in this area. The wear nodes monitoring of current Belarusian spacecraft showed that it is still fit for using until at least the end of 2018, which exceeds previously calculated indicators. The Scientific and Engineering Republican Unitary Enterprise "Geoinformation Systems" of the NAS of Belarus has already collected data survey to 83 million km2 of the Earth's surface around the globe. There are plans to develop a device for receiving pictures with a resolution of less than 1 meter.