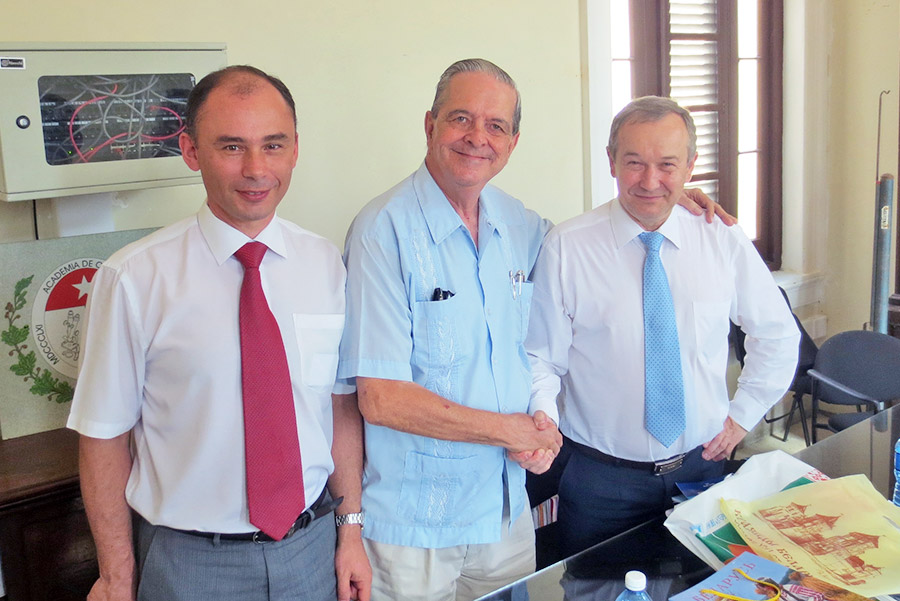 In early May 2016, the First Vice Chairman of the NASB Presidium Sergei Chizhik took part in the visit of the Belarusian delegation to Cuba.

The delegation led by Alexander Shumilin, the Chairman of the State Committee on Science and Technology of the Republic of Belarus also included representatives of the Ministry of Education, Ministry of Health, and Republican Unitary Enterprise "Belmedpreparaty". The main purpose of the visit was the participation in the first session of the Joint Belarusian-Cuban Commission on Scientific and Technological Cooperation, which took place at the Ministry of Science and Technology of Cuba, chaired by the Cuban Minister. Scientific and innovation potential of both countries was presented during the meeting. The NAS of Belarus presented the developments in the field of biotechnology, pharmaceuticals, nanofertilizer, unmanned aerial vehicles, remote sensing, agricultural machinery, instrumentation and others.

Also during the visit, the delegates visited the scientific and production Association Bio Cuba Farma, the Center of Molecular Immunology, the Institute of Oncology, the Center of Prospective Research of Cuba, the Ministry of Education of Cuba, Havana University and the Academy of Sciences of Cuba. The President of the Cuban Academy of Sciences A. Nunes Jimenez (pictured with Sergei Chizhik) expressed a desire to update the agreement of cooperation of the Academies of Sciences of both countries, which was signed in 1993. Mr. Jimenez expressed his desire to use the Belarusian experience in the organization of applied scientific research and development.