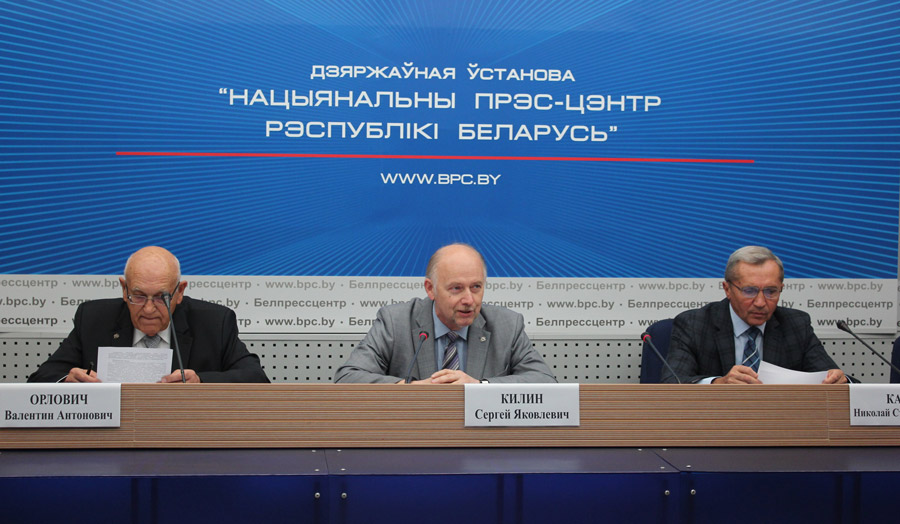 The Vice Chairman of the NASB Presidium Sergei Kilin told reporters that the 21st International Conference on Coherent and Nonlinear Optics (ICONO) and the International Conference on Lasers, Applications, and Technologies (LAT) will be held as a joint forum ICONO / LAT-2016 in Minsk on September 26-30. He added that holding such conferences in Belarus emphasized importance of laser physics and optics for the country. He also said that new achievements and knowledge that would be presented at the Conference would be very helpful for Belarusian scientists and industry. Representatives of leading laser research centers of Germany, France, Italy, Austria, Denmark, Great Britain, Lithuania, Estonia, Switzerland, Sweden, USA, Canada, Mexico, China, Japan, as well as representatives of almost all the leading scientific organizations of the former USSR and the Republic of Belarus who continue to work actively in the field of laser physics and optical technologies will participate in the Conference.