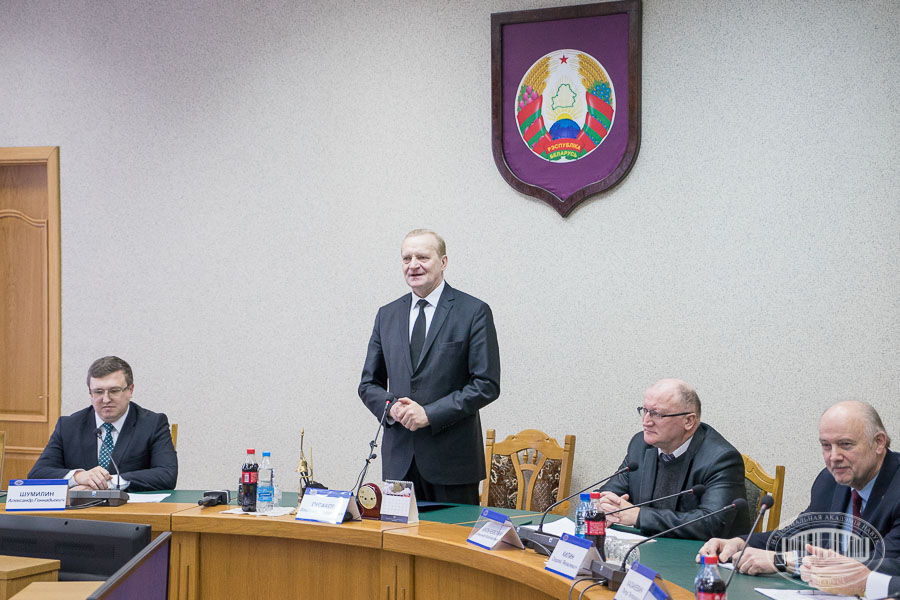 Presentation of Year of Science in Belarus held at NASB

On January 6, 2017 presentation of the Year of Science was held at the NAS of Belarus. The event was attended by the Chairman of the NASB Presidium Vladimir G. Gusakov, Chairman of the State Committee for Science and Technology of the Republic of Belarus Alexander Shumilin, Chairman of the Higher Attestation Commission Gennady V. Palchik, Academician-Secretaries of the NASB Departments, and the country's leading scientists.

According to the Chairman of the NASB Presidium Vladimir G. Gusakov, about 85% of investments in science are directed to applied research. He said, “Science in Belarus has always been highly effective, in keeping with the spirit of the times and corresponding to international criteria. Nowadays science is as much as possible integrated into the economy. Almost 85% of investments are directed to applied research for the benefit of industries. We do not have results, gathering dust on the shelf, all of them are efficiently used.”

The Chairman of the NASB Presidium noted that for the last five years scientists had fulfilled more than 7.5 thousand agreements with various customers for the creation of scientific and technical products worth over Br609 billion (non-denominated), more than 1 thousand innovative projects had been prepared. He told that scientific sphere moved to cluster organization; interdisciplinary research centers and scientific and technological clusters created on the basis of the NAS of Belarus began working; research and production associations in the most sought-after areas were being created, among them there was a scientific and technological BelBiograd park intended to ensure implementation of research, development and production of high-tech products.

Main directions and priorities of science development in our country for 2017, as well as the most significant and breakthrough projects of Belarusian scientists in various fields of knowledge were presented at the event.

The Academician-Secretary of the NASB Department of Chemistry and Earth Sciences Sergei A. Usanov provided the latest information about the ninth Belarusian Antarctic expedition.