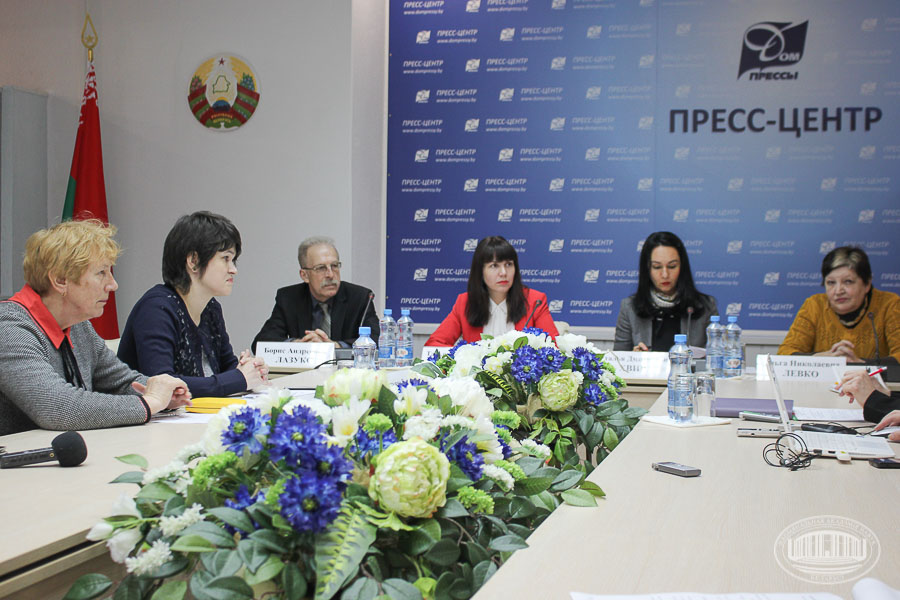 On April 13, 2017 the press conference "Topical Issues of Preservation and Revival of Historical and Cultural Heritage Objects of Belarus", dedicated to the International Day of Monuments and Historic Sites, celebrated on April 18, was held at the press center of the Press House.

The scientists reported about their participation in preservation of tangible and intangible historical and cultural heritage. In particular, Olha N. Lievko shared plans for the ancient monuments in Kopys restoration and reconstruction.

Tatjana H. Horanskaja drew attention to the problem of free interpretation during the restoration of architectural heritage and emphasized the principal value of monuments authenticity. Tatjana I. Kucharonok drew attention of media to the specifics of work with intangible cultural heritage. There is a similar problem here, namely a free interpretation of rituals. In addition, tourists and journalists can even obstruct some rituals sometimes.

In his turn, Boris A. Lazuko reported about the problems of the unique items restoration at regional museums, and pointed out mistakes that can sometimes be made when making souvenirs with folk ornaments.