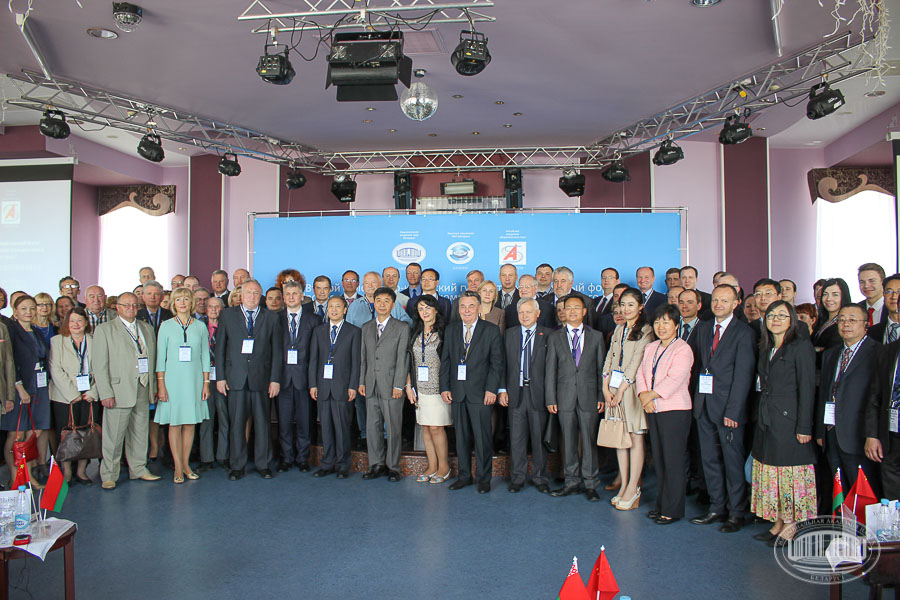 The second Belarusian-Chinese humanitarian scientific forum on the problems of alignment of the Silk Road Economic Belt and the Eurasian Economic Union, which began its work on 15 June 2017, brought together over 120 government officials, diplomats, representatives of scientific institutions and universities of the Republic of Belarus and the People's Republic of China. Scientists and experts are discussing mechanisms for ensuring economic growth and improving the competitiveness of the Belarus and China economies, intensifying their scientific, technical, and humanitarian cooperation, etc.

At the opening session, Vladimir Gusakov, Chairman of the NASB Presidium, remarked that academic organizations were interacting with their Chinese partners on a wide range of issues; joint projects for over $ 4 million were conducting on a contractual basis. He also said that the National Academy of Sciences attached particular importance to Belarusian-Chinese cooperation in the field of science, and established strong scientific and technical links and strategic relations with many scientific organizations of China.

Scientific cooperation in the humanitarian sphere is becoming traditional. The NASB humanities scientists together with their partners from the Chinese Academy of Social Sciences head four scientific projects. “Today, not only a comprehensive study of the problems and prospects for the development of joint economic projects has been successfully carried out, but also the possibilities for implementing scientific, technical, and cultural cooperation have been demonstrated. At the same time, we believe that the potential of cooperation between Belarus and China is far from exhausted. It is important for us to offer new ideas, and to develop creative forms of interaction,” Vladimir Gusakov said.

He also stressed that the declared theme of the forum was a priority for the both countries, and concluded that the forum could provide answers to many topical and priority issues of interaction between the two integration projects, and determine the prospects for using the potential of the Eurasian Economic Union in the implementation of the Silk Road Economic Belt concept.