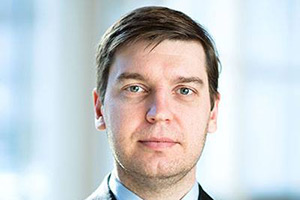 On 19 July, at 2:30 p.m., a lecture devoted to definition and analysis of somatic mutations in human cells will be given by Professor Alexej Abyzov (Mayo Clinic, USA) in the United Institute of Informatics Problems of the NAS of Belarus (Minsk, vul. Surhanava, 6, room 206).

The presence of genomic changes in individual cells of the human body, that is, somatic mutations, has been known for a long time. But only a few years ago, due to development of a number of biotechnologies, their study acquired mass and systematic character.

Alexej N. Abyzov is a graduate of the MIPT Department of General and Applied Physics (2002), Ph.D., Principal Investigator of a scientific lab at the Mayo Clinic, Assistant Professor of Biomedical Informatics at the Mayo Clinic medical college, Visiting Professor at the University of Minnesota and Yale University. He got his Ph.D. degree at the Northeastern University in 2008. In 2008–2013, Alexej Abyzov was a researcher at Yale University. In 2014, he headed a scientific lab in the Mayo Clinic. His main research work is focused on genomic changes and variations, their origin and impact on health and biological diversity.