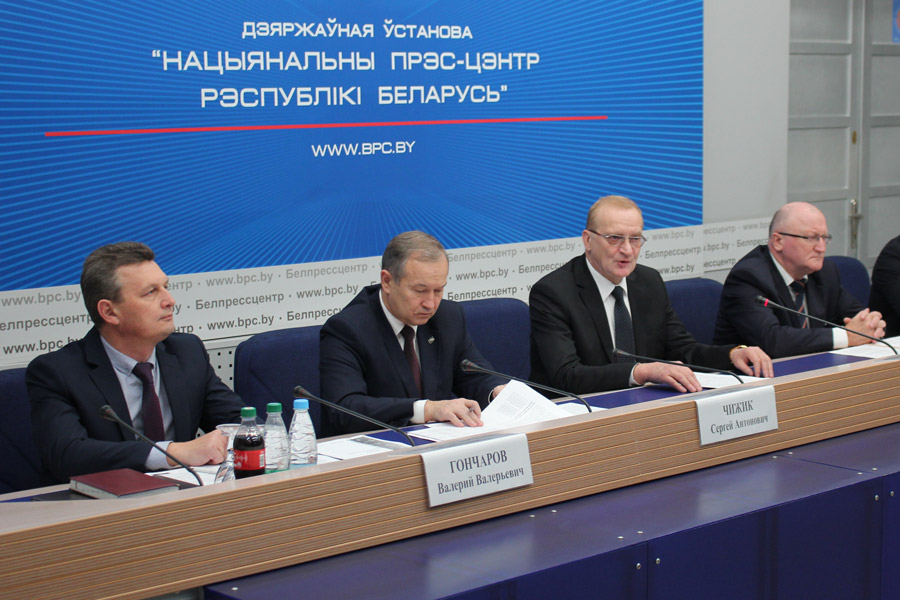 According to Vladimir G. Gusakov, the previous congress of scientists was held 10 years ago. Therefore it is very important to sum up experience and determine further tasks of scientific and technological development in Belarus. The Congress will gather together 2.6 thousand people, including 500 foreign guests, members of the government bodies of our country, representatives of all ministries and departments the Academy actively cooperates with. There will be nine sections working in different areas, including international and youth sections. “We have breakthrough developments, we have something to show to our foreign colleagues. We have even published a special edition "Brands of the National Academy of Sciences of Belarus," said Vladimir Gusakov. On the first Congress day, delegates and guests will work in sections dedicated to the main directions of scientific development and international cooperation. The sections will work in the NASB organizations, as well as in organizations of other ministries and departments. “Science and Technology, 2018-2040” Strategy is to be the key document presented at the Congress.

Sergei A. Chizhik told representatives of the mass media that the National Academy of Sciences of Belarus and the Belarusian Chamber of Commerce and Industry would organize an exhibition "Intellectual Belarus" at the Second Congress of Scientists. On December 12, a thematic exhibition will be organized at each of the nine sections. The main, generalized interdepartmental exhibition will be open at the plenary session on December 13. The exhibition will consist of eight clusters related to the development priorities of the country, namely Belarus as an IT-country, technologies of artificial intelligence; electric transport; electronics; nanoindustry and additive production; space technologies; unmanned robotic technologies; biotechnologies and pharmaceuticals; industrial technologies and new materials.

Aleksandr V. Kilchevskiy drew the attention of the media on the fact that the National Academy of Sciences organized many significant international forums in the Year of Science. Among them, there are the First Symposium "Scientific Foundations of the Belarusian Statehood"; the First Belarusian Philosophical Congress "National Philosophy in the Global World"; the Seventh Belarusian Space Congress, and others. In total, more than 100 international and national scientific and practical events were held in the priority areas of scientific, technical and innovative activities within the framework of the Year of Science.

Valery V. Goncharov elaborated on the aims and objectives of the "Science and Technology, 2018-2040" draft Strategy, told about the plans and approaches stipulated in the document. According to him, the Strategy is a kind of a work plan for decades to come.