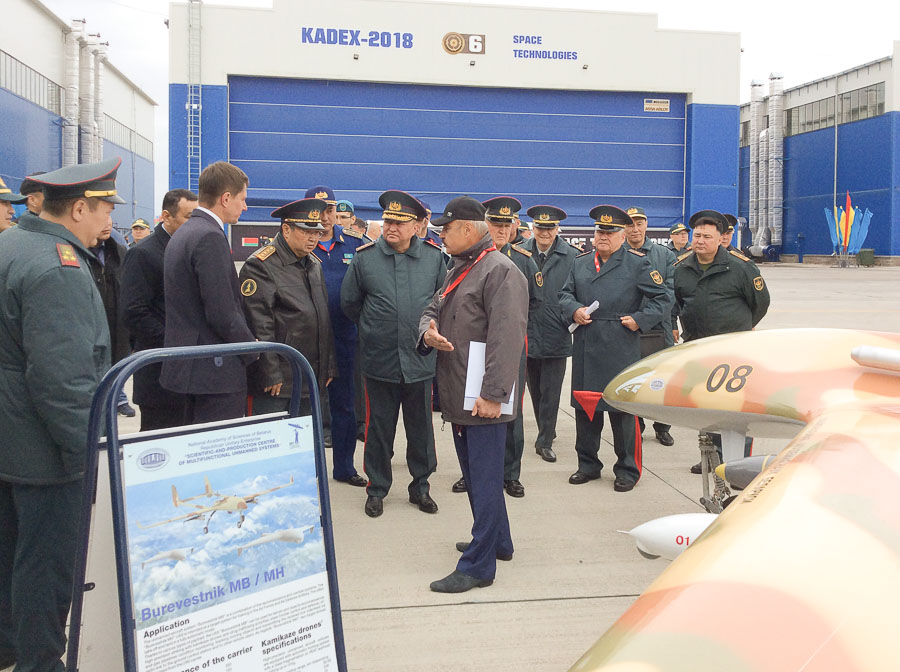 The NAS of Belarus exhibited unmanned aerial vehicles at the 5th International Exhibition of Weapons Systems and Military Equipment KADEX-2018, which was held in Astana (Republic of Kazakhstan) on May 23-26, 2018.

The Scientific and Production Center of Multifunctional Unmanned Systems of the NAS of Belarus demonstrated the mock-ups of the unmanned aerial vehicles (UAV) "Busel M40", "Busel M50", "Burevestnik", "Yastreb", airship UAV as well as the full-size model of the reconnaissance and combat UAV "Burevestnik MB", all of which are produced in series. The visitors were greatly interested in the technologies for the creation and production of unmanned aerial systems for various purposes and in their application. They also appreciated the high level and tactical characteristics of the products.

The delegation of the Armed Forces of the Republic of Kazakhstan led by the Minister of Defense Colonel General Saken A. Zhasuzakov also visited the stand of the enterprise. The Minister of Defense confirmed his interest in further collaborating with the Belarusian enterprises in the sphere of unmanned aircraft systems, including the reconnaissance and combat ones. He invited the enterprise to participate in military competitions of unmanned aerial vehicles, which are to be held in Kazakhstan in July-August 2018.