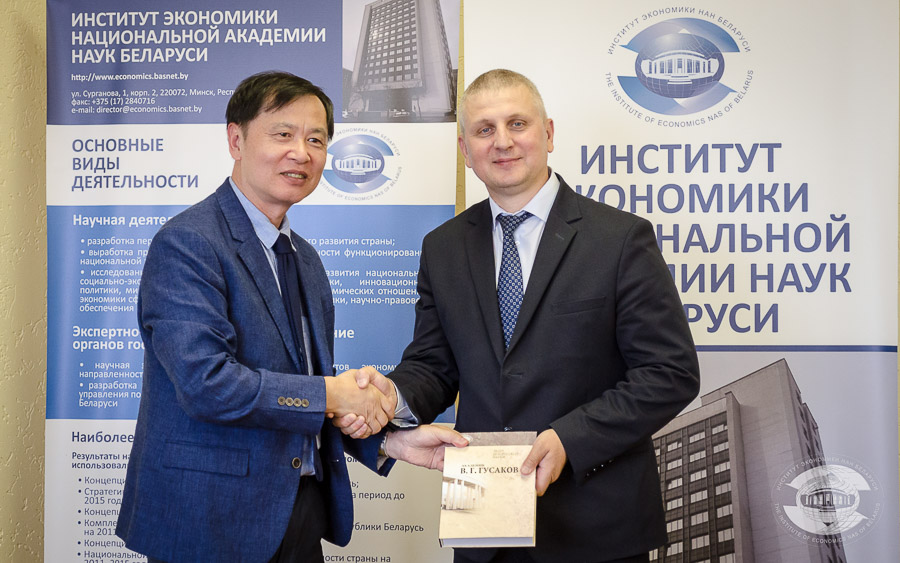 On 5 June 2018, representatives of scientific and analytical centers and business circles of Hong Kong (PRC) visited the Institute of Economics of the National Academy of Sciences of Belarus. The visit aimed at discussing the prospects for cooperation.

The Chinese and Belarusian parties exchanged views on the results and prospects for the implementation of the projects of the One Belt One Road Initiative on the territory of the countries of the Eurasian Economic Union. They also discussed directions for the development of Belarus and China scientific, trade and economic cooperation.

During the meeting, the prospects for joint research of the China-Belarus Industrial Park "Great Stone" development were discussed in detail. Besides, conditions for the implementation of the treaties on formulation of practical recommendations on implementation of a number of the Belarusian-Chinese investment projects were considered.

Particular attention was paid to the issue of training highly qualified scientific personnel in economic specialties in the graduate school of the Institute of Economics of the National Academy of Sciences of Belarus.

As a result of the negotiations, the parties agreed on the perspective topics for scientific research and the conditions for training Chinese graduates in the graduate school of the Institute of Economics of the National Academy of Sciences of Belarus.