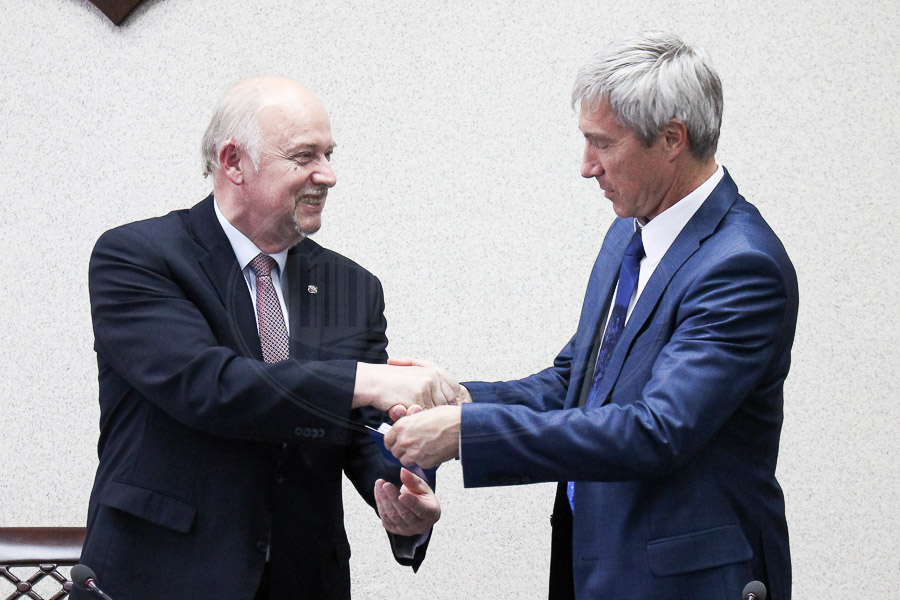 On 12 September 2018, a solemn ceremony to bestow commemorative tokens upon space exploration heroes in honor of the 90th anniversary since the academy's foundation took place in the Presidium of the National Academy of Sciences of Belarus. Svetlana Savitskaya (Soviet cosmonaut, test pilot, the first woman to take a spacewalk), Sergei Krikalev (Soviet and Russian aviation athlete and cosmonaut, from October 2005 to June 2015 a holder of the top total time in outer space record – 803 days in six flights), Yang Liwei (China’s first cosmonaut, director of the China Manned Space Engineering Office, Cosmonaut-Hero), and Alexander Aleksandrov (head of the Association of Space Explorers (Russia), twice Hero of the USSR) took part in the ceremony.

During the ceremony Vice Chairman of the Presidium of the National Academy of Sciences of Belarus Sergei Kilin noted: “We must restore the contacts we had in the Soviet times. I would like people around you to understand the importance of your contributions.” He presented the awards to the cosmonauts for their considerable personal contributions to international cooperation in the area of space exploration.

The cosmonauts met with top officials of the National Academy of Sciences of Belarus and young scientists and discussed possible cooperation avenues. Researchers of the NAS of Belarus presented Belarusian R&D products in the field of unmanned aerial vehicles and biotechnologies. Peculiarities of operation of various kinds of equipment in space, possible applications of lactoferrin, medicine, and robot technology were discussed. In turn, the cosmonauts shared their vision of the future promotion of joint scientific projects and talked about peculiarities of introducing R&D products in the space industry.