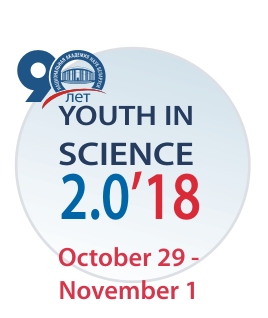 On October 29 – November 1, 2018 the Council of Young Scientists of the NAS of Belarus will hold the 15th International Scientific Conference “Youth in Science 2.0’18”. This anniversary conference will be one of the largest youth scientific events among those being implemented in our country. In 2018, the forum is dedicated to the 90th anniversary of the NAS of Belarus.

A solemn opening will be held on 29 October 2018 (Monday), at 2:00 p.m. The forum is going to present the largest international and interdisciplinary projects, the scientific developments being implemented with the participation of young scientists. The conference will be attended by over 300 scientists from more than 10 countries, including Belarus, Russia, Germany, Ukraine, Azerbaijan, Lithuania and others. The leadership of the Councils of Young Scientists of the Academies of Sciences which are the IAAS members (IAAS – International Association of Academies of Sciences) will also participate in the conference.

There will also be a traditional section for young school researchers from different towns and cities of our country known as “The First Step in Science.” A number of round tables will be held on October 31, 2018 (Wednesday), namely “The NAS of Belarus: 90 Years of Intellectual History”, “Biotechnologies: Achievements, Perspectives, Problems”, and “Perspective Directions for Food Industry Development through the Eyes of Young Scientists.”

The Youth in Science 2.0’18 Conference is a prestigious platform for talented young people from the CIS countries, near and far abroad where they can present their projects.