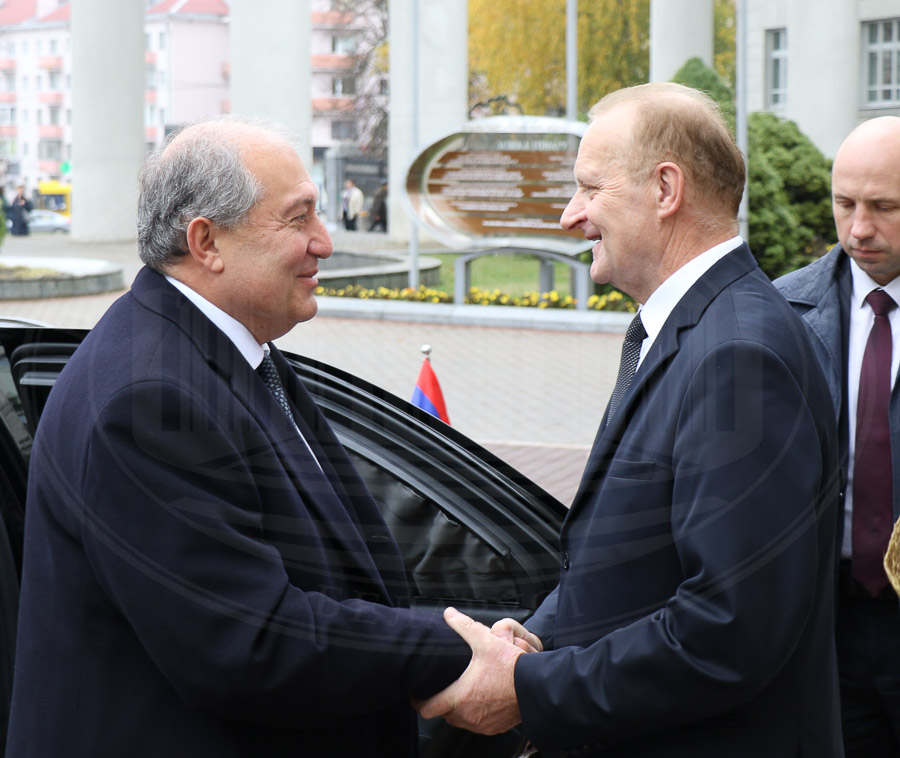 At the meeting with Chairman of the NASB Presidium Vladimir Gusakov, President of the Republic of Armenia Armen Sarkissian noted that Belarus and Armenia should intensify scientific cooperation in the field of digital and laser technologies, cyber security, the use of nuclear energy and pharmaceuticals. He also mentioned research in the field of biotechnology, genetics, electronics and food production to be the promising areas of cooperation. Armenian President said that he was impressed with the results of the scientific activities of the NASB organizations, especially in space research, automatic identification of objects, goods and services, and electronics. Armen Sarkissian warmly recalled his first visit to the historic building of the National Academy of Sciences of Belarus in 1976, when he was a young scientist participating in an International Conference on Physics. He emphasized a great value of friendship between the two Academies.

Addressing the distinguished guest, Vladimir Gusakov noted that just a week before, a delegation of the National Academy of Sciences of Belarus had returned from ceremonial events dedicated to the 75th anniversary of the National Academy of Sciences of Armenia. At the meetings with the leadership of the NAS of Armenia, the Belarusian delegation discussed promising areas of cooperation, such as joint studies of Belarusian and Armenian scientists in the field of space technology, biology, agrarian, physical and technical sciences. Vladimir Gusakov said, “We have common ground. We agreed to work together in a number of areas. We will work together. And we can do a lot for the economies of our countries.”