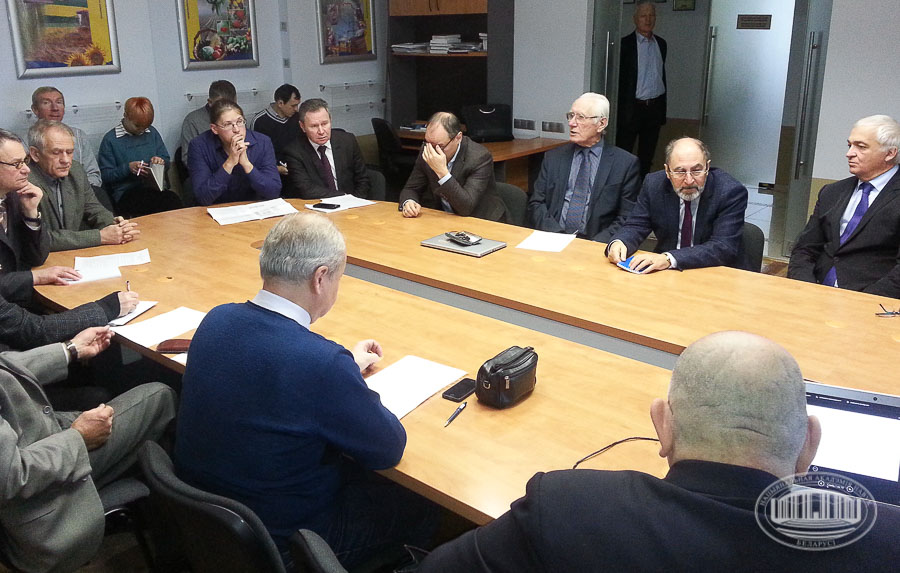 On 27 November 2018, a seminar on the problems of implementing the approaches of formalized semantics in artificial intelligence systems was held at the Center for Belarusian Culture, Language and Literature Research of the NAS of Belarus.

According to the annual results and the seminar outcome, proposals were made for the development of cooperation and further research, including preparation of a project in the framework of programs of Belarus and Russia Union State. The proposals were discussed at a meeting at the Presidium of the National Academy of Sciences of Belarus. During the meeting, the conceptual provisions of a project planned to be realized as part of the Union State programs were agreed. The project aims at intellectual information support of the scientific, technological, and innovative activities of the Union State.

The events were held as a part of joint Belarusian and Russian studies (since 2016) aimed at implementation of conceptual provisions of Viktor Vladimirovich Martynov scientific school. V.V.Martynov is an outstanding Belarusian linguist, who created the Universal Semantic Code (a cycle of works dated 1974–2009) and was one of the founders (1989) and participants of the Soviet Association of Artificial Intelligence.